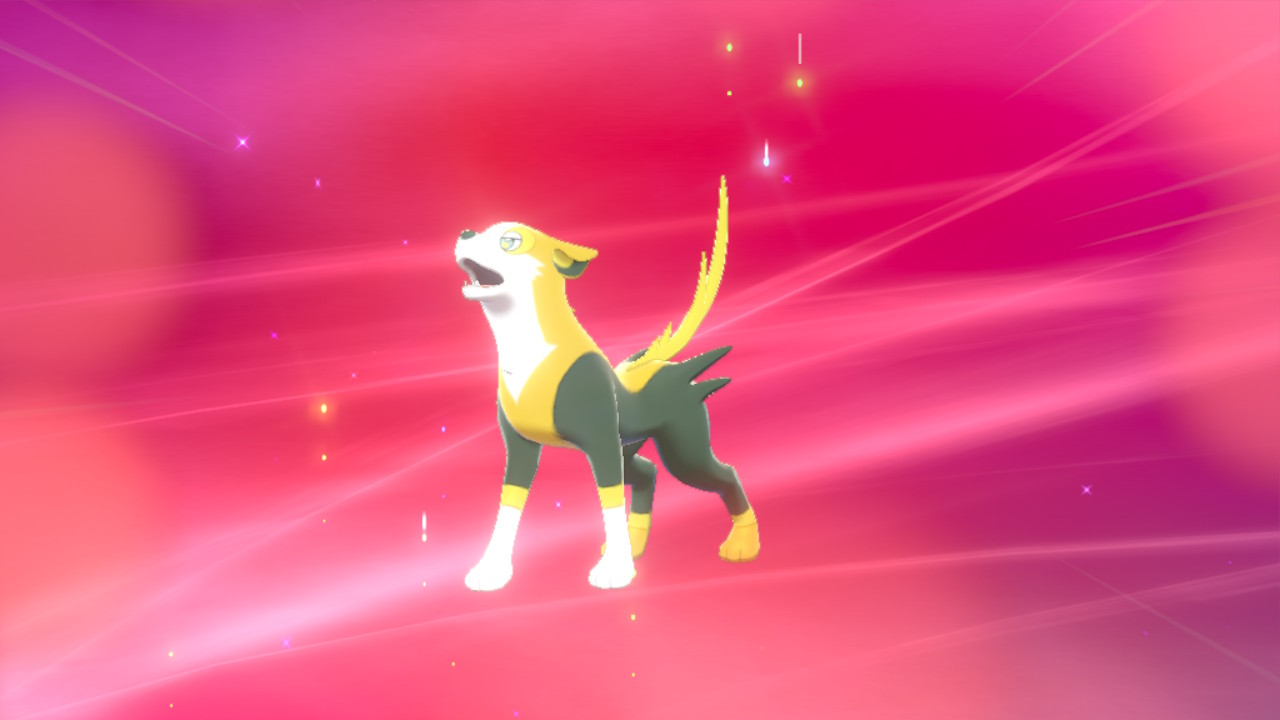 [I’ve always been fascinated with peoples’ stories about how smaller or potentially overlooked elements of a video game can resonate with them in a unique and personal way. Not only is it just interesting to hear about, but it can at times help me gain a newfound appreciation for a feature or design element that I may have otherwise missed. In this case, Zalno explains why they’re appreciative of the Pokémon Camp feature in Sword and Shield — Dennis]

For the past several months leading up to its release, I’ve been upset at Game Freak and The Pokémon Company for their decision to, amongst other things, cut a large swath of Pokémon from the newest games Sword and Shield. For months, I’ve poked fun at the graphical hiccups, laughable animations, and Game Freak’s questionable responses to valid concerns. For months, I proclaimed that I would skip this pair, preferring to wait until the next pair of games come out and pass the time by going back to the older Pokémon games or finding some alternative. And come release day, I stuck to my word.

One week later, I’m throwing pretend balls at my pretend dog in my pretend camp. So much for sticking to my guns. 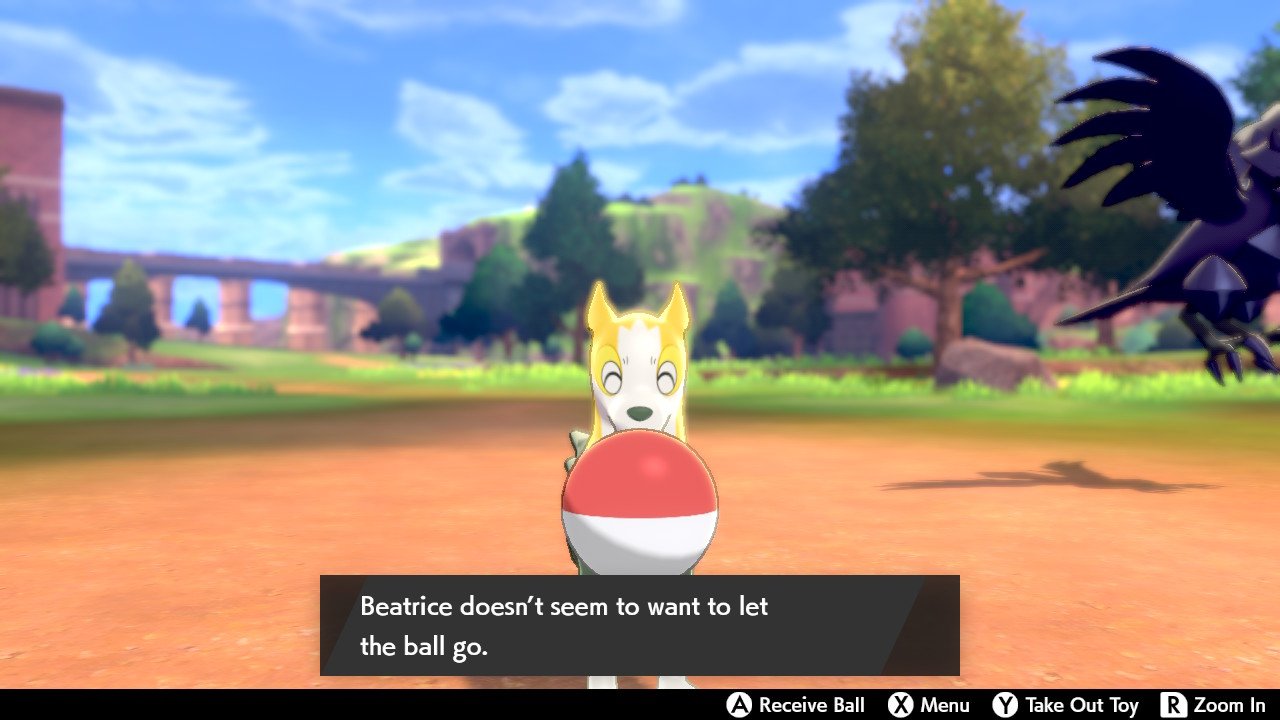 In the first few weeks of Pokémon Sword and Shield’s release, I’ve spent a lot of time traveling through Galar. The game is fine, I suppose. The core gameplay loop of finding new Pokémon, catching them, and battling them against other wild Pokémon and trainers is still satisfying. Despite my irritation at the game’s many shortcomings, I found myself having fun. Although, most of that fun came from a relatively smaller feature that most people wouldn’t even pay attention to: Pokémon Camp.

Of all the gameplay features that were shown off in promotional material, Pokémon Camp is the one I was most interested in. Not the Wild Area, not the co-op Max Raid battles, and certainly not Dynamaxing. That’s not to say they didn’t look neat. Indeed, playing through the game, there was some fun to be had with all these new features. While those features were fun in their own way, none of them felt as enjoyable to me as playing with my Pokémon in Camp. Hell, I just played with my doggo in Camp to get more screenshots for the final draft, and I’m still spending too much time in it.

Ever since the jump to 3D with Pokémon X and Y, the main games included a somewhat rudimentary way to interact with your favorite Pokémon. Pokémon-Amie let you pet them, feed them cupcakes, and play little mini-games with them. Sun and Moon kind of expanded on it with Pokémon Refresh. While you’re no longer able to play mini-games with your favorite Pokémon, you are able to cure status ailments with various utensils without having to use consumable items. The backgrounds were also changed to resemble whatever part of the world you were in rather than the overly happy void from Pokémon-Amie. That was neat! 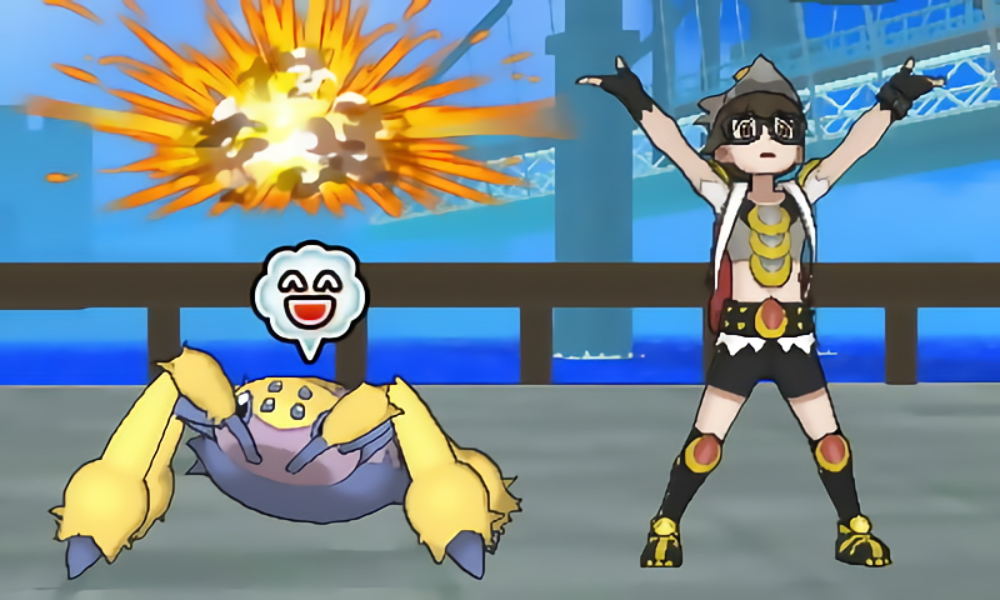 There have also been a couple ways to express yourself with your Pokémon throughout the 3DS era. Speaking as someone who cares way too much about self-expression, I was all about that. X and Y let you create your own short videos of yourself and your Pokémon. I didn’t use it very much, but it was pretty neat. Pokémon Ultra Sun and Ultra Moon introduced the Alola Photo Club, which allowed you to have pictures taken of your trainer with your favorite Pokémon. This is something I got waaaaaay more mileage out of. I loved getting pictures of with my various favorites that I’ve transferred over the years.

The first time I used Pokémon Camp in the Wild Area, it was rather plain. My party members hadn’t formed any kind of bonds with anyone else, least of all me. That all changed when my Yamper, Beatrice, evolved into a Boltund. Beatrice was the name of my favorite childhood dog. Boy, was that the right name for her. 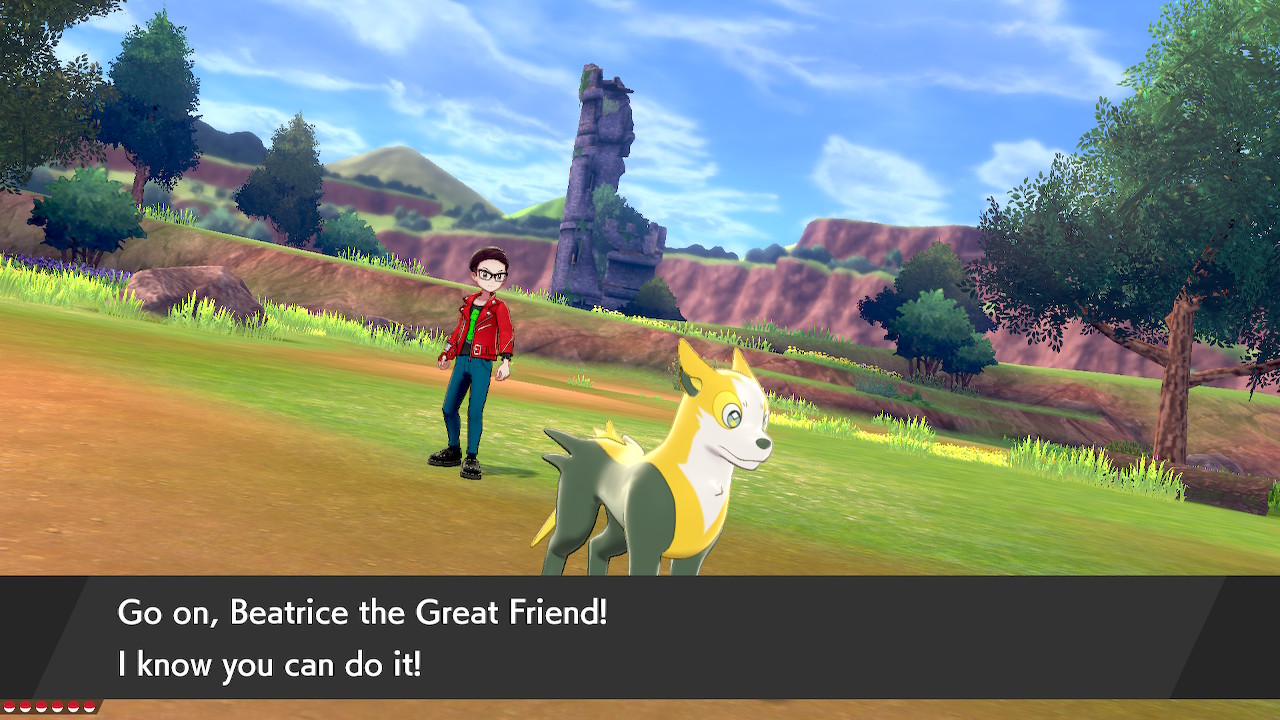 Though I spent the majority of my time with Beatrice, I made sure to spend plenty of time with the rest of my party. Before I knew it, my party was opening up to each other. I’d frequently see party members racing each other, someone nodding off with a cute snoozing animation, getting into arguments, having nice conversations, or my Obstagoon Halford being socially inept. That may sound like me reading too much into very rudimentary interactions between Pokémon. Don’t worry, that’s exactly what it is.

I’m a sad, overly-sentimental chungus. Perhaps it’s because I like animals and inanimate objects more than actual human beings, but I’ve grown very attached to certain clouds of ones and zeroes in Pokémon games over the years. Hell, I still have my Porygon from Let’s GO in my Poké Ball Plus. And Beatrice is no exception. The simple act of throwing a ball for her and watching her fetch it (or sometimes just excitedly running in circles) is very enjoyable. Mind you, a lot of it comes from a combination of being unable to afford or care for a pet, missing my favorite childhood dog and living alone. But being able to play with a pretend dog whenever I want? It helps. It helps a lot.

I guess all it takes is the right Pokémon in the right circumstances to make all the difference in the world. 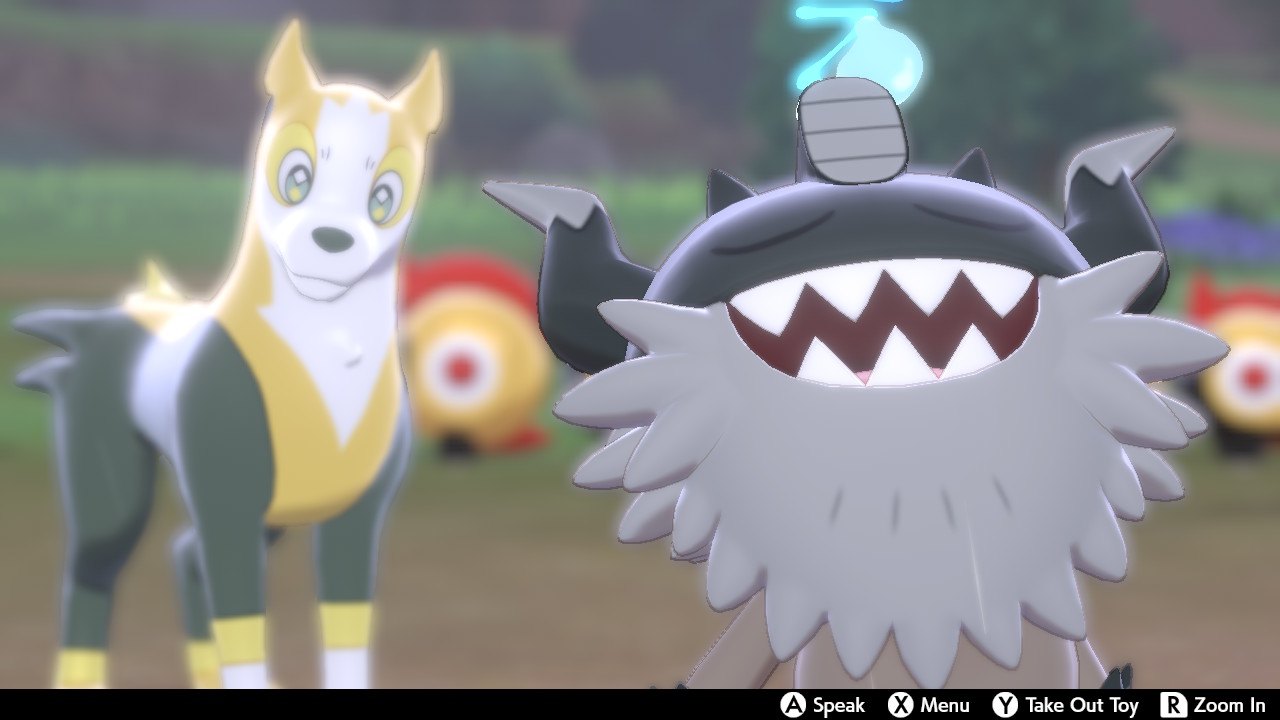 To be clear, this does not make up for all the features and content that have been cut up to this point. It doesn’t make up for the lack of any side activities to do with your Pokémon (contests, Pokéathlon, musicals, etc), the Battle Tower being stripped down, the lack of multi-floored dungeons, the practically non-existent post-game content, and it certainly doesn’t make up for not being able to bring my Porygon2 to Galar.

Some of these issues seem like they’ll be rectified somewhat in the coming expansion packs, but that remains to be seen. Game Freak mentioned that The Isle of Armor and The Crown Tundra were “two key examples” of what they were working on, so I’m hopeful there’s at least one more expansion in the works. Maybe something that builds on Pokémon Camp? With more toys and features? Maybe a minigame or two? And maybe something that lets me pet my Pokémon again? That’d be nice.

I’ve already forgotten most of Pokémon Sword by this point. Hell, if the upcoming DLC doesn’t do anything for me, I’ll have forgotten the Galar region entirely by the time Gen IX comes out. But I’ll never forget the time I spent with Beatrice. She will always be my girl. I just hope she’ll be with me wherever I wind up next. 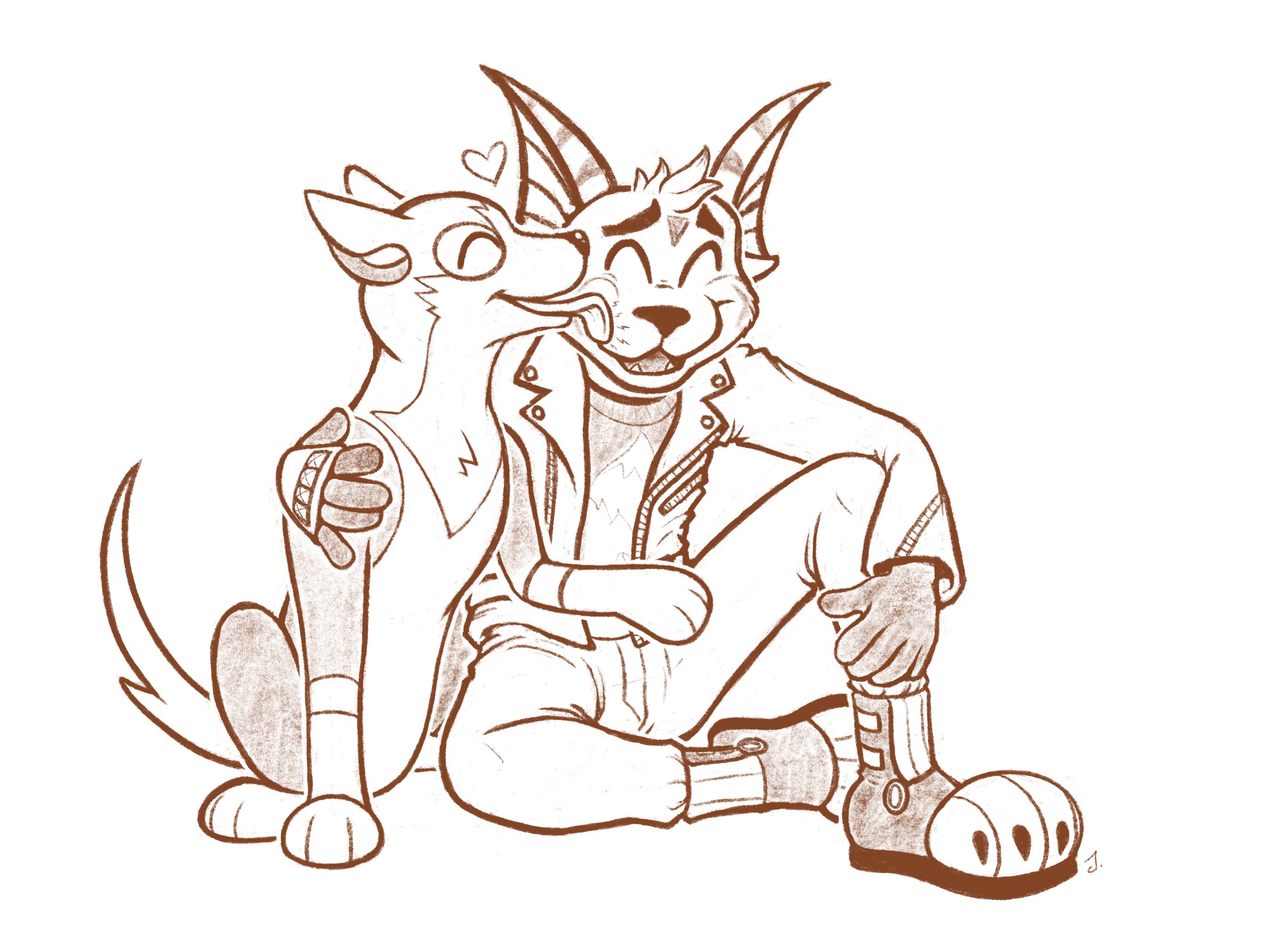