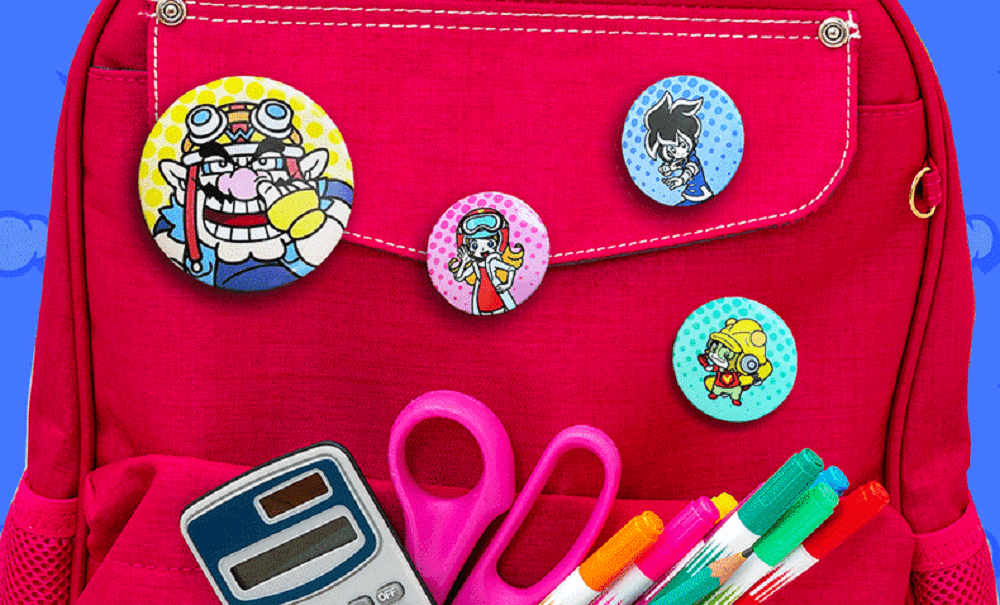 WarioWare has always been sort of an odd-franchise-out, and that makes a lot of sense when one of the core concepts of the game is tweezing armpit hairs from Adonis statues. But it’s also come a long way as a series, and has been featured on basically every major Nintendo system since 2003, including the Switch. Now you can celebrate with WarioWare buttons.

Over on My Nintendo, you can snag the latest reward of WarioWare buttons for 500 Platinum Points. It’s actually a four-button set, featuring Wario, Mona, 9-Volt, and Young Cricket (although the image shows the buttons on a nice red backpack, it’s not included). This is your chance to get some rare official 9-Volt merch! There’s also a few WarioWare digital wallpapers you can pick up on the same page.

It’s amazing to see this series come into its own and survive, against all odds. It’s weird, but it’s endearing as well; though I would have assumed it would have been sent out to pasture after the (extremely underrated) Wii U edition. The big shame of some of these classic Wii U games is that it would be exceedingly hard to port them, so a few will probably die on Nintendo’s forgotten platform. Nintendo Land, we need you now more than ever.

Maybe I need to invest in another Wii U just to preserve a few of these games that will probably never see the light of day. I mean, Nintendo likely isn’t going to put the effort into remaking them entirely for a new platform, and without multiple Switch units, the multi-screen concept probably just wouldn’t work. Ah well.

As a reminder, you can find our full Platinum Point guide here. Bookmark it for when you need quick points for a reward!