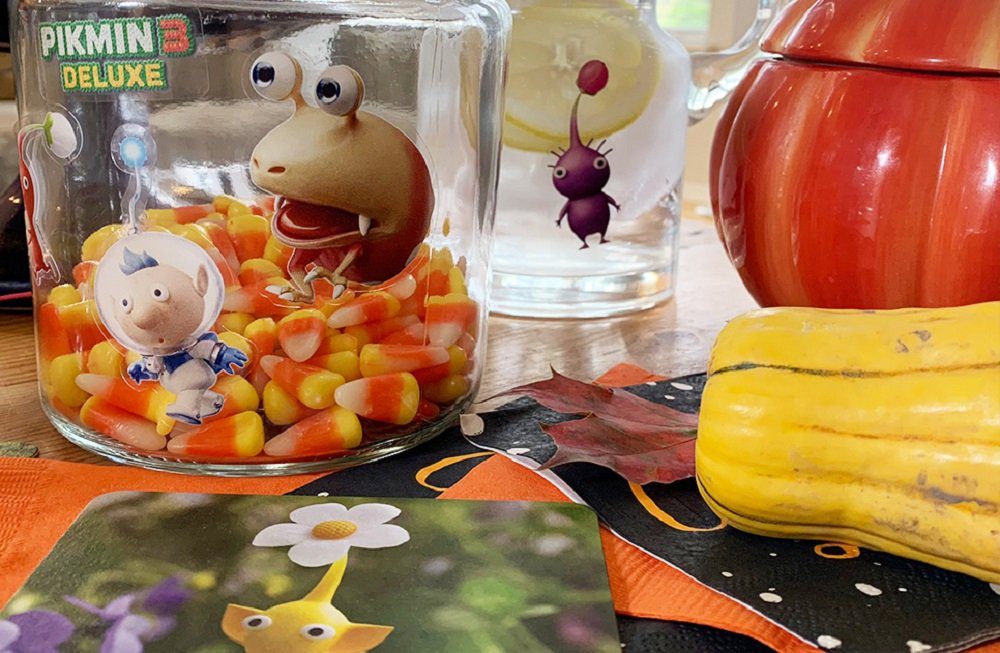 I can’t hold all these rewards

After years of leaving the service dormant in the wake of the fantastic Club Nintendo service, the publisher has finally decided to wake the sleeping giant. We’ve gotten an array of physical rewards recently, including swag for Xenoblade Chronicles, Animal Crossing, and several Mario games. Now two Pikmin 3 rewards are available.

So here’s the rundown. Nintendo added a “deluxe coaster set” (of four 4″x4″ coasters) that feature both the Pikmin themselves and a Bulborb enemy. You can snag that for 400 Platinum Points. Or, you can pick up the “Deluxe Drinkware Decal” set, which contains nine re-usable stickers that can obviously be used for anything; but are “intended” to be stuck onto glasses. That’s also 400 Platinum Points. That same news link also has a few free Pikmin wallpapers for both PC and mobile devices.

As a reminder, you can get some easy Platinum Points with our guide here. Make sure you keep a stock of Platinum (I’d say around 600-800 to be safe), just in case a killer reward enters the fray.