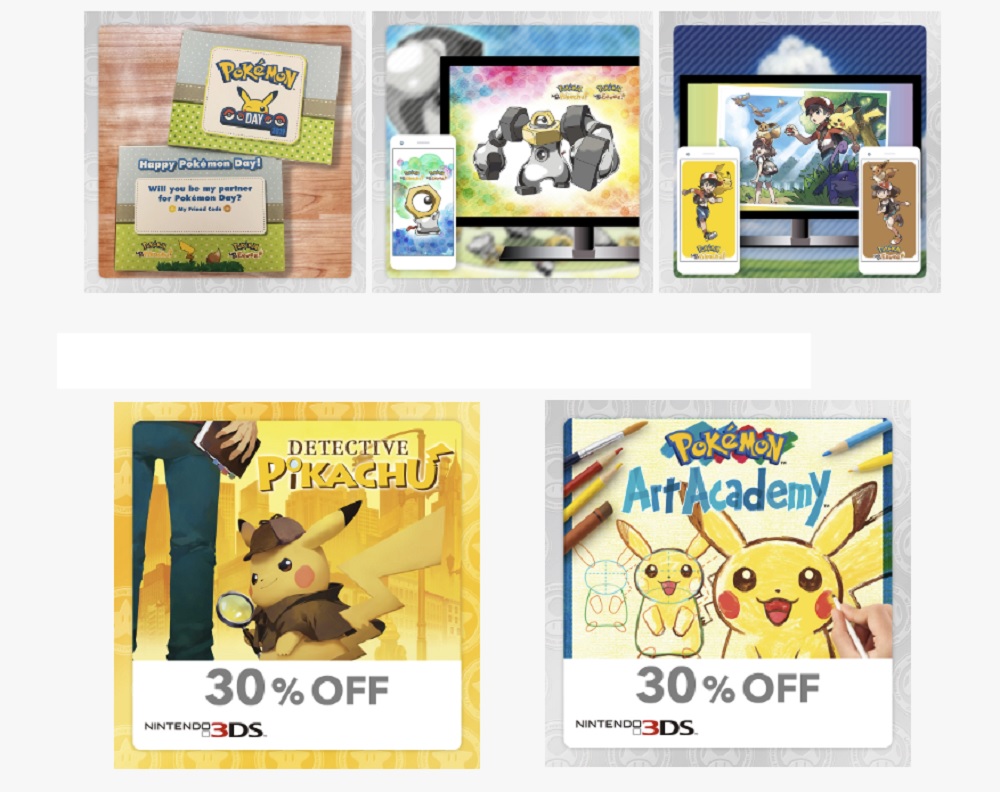 It’s Pokémon Day this week. What does that mean? Well it’s the anniversary of Pokémon‘s 1996 release in Japan, which means various festivities and goodies are flung at various retailers and websites.

On My Nintendo’s end they’re providing arts and crafts type things like Pokémon Day Cards, wallpapers, and discounts. The discounts are scant in that it’s just 30% off on Detective Pikachu and Pokémon Art Academy, and Nintendo is reminding folks that the Let’s Go series on Switch now has a demo.

Meanwhile over in Japan, they’re getting physical goods that can be purchased with Platinum currency. I sincerely hope that we get the opportunity to buy free Switch games and physical capabilities at some point.