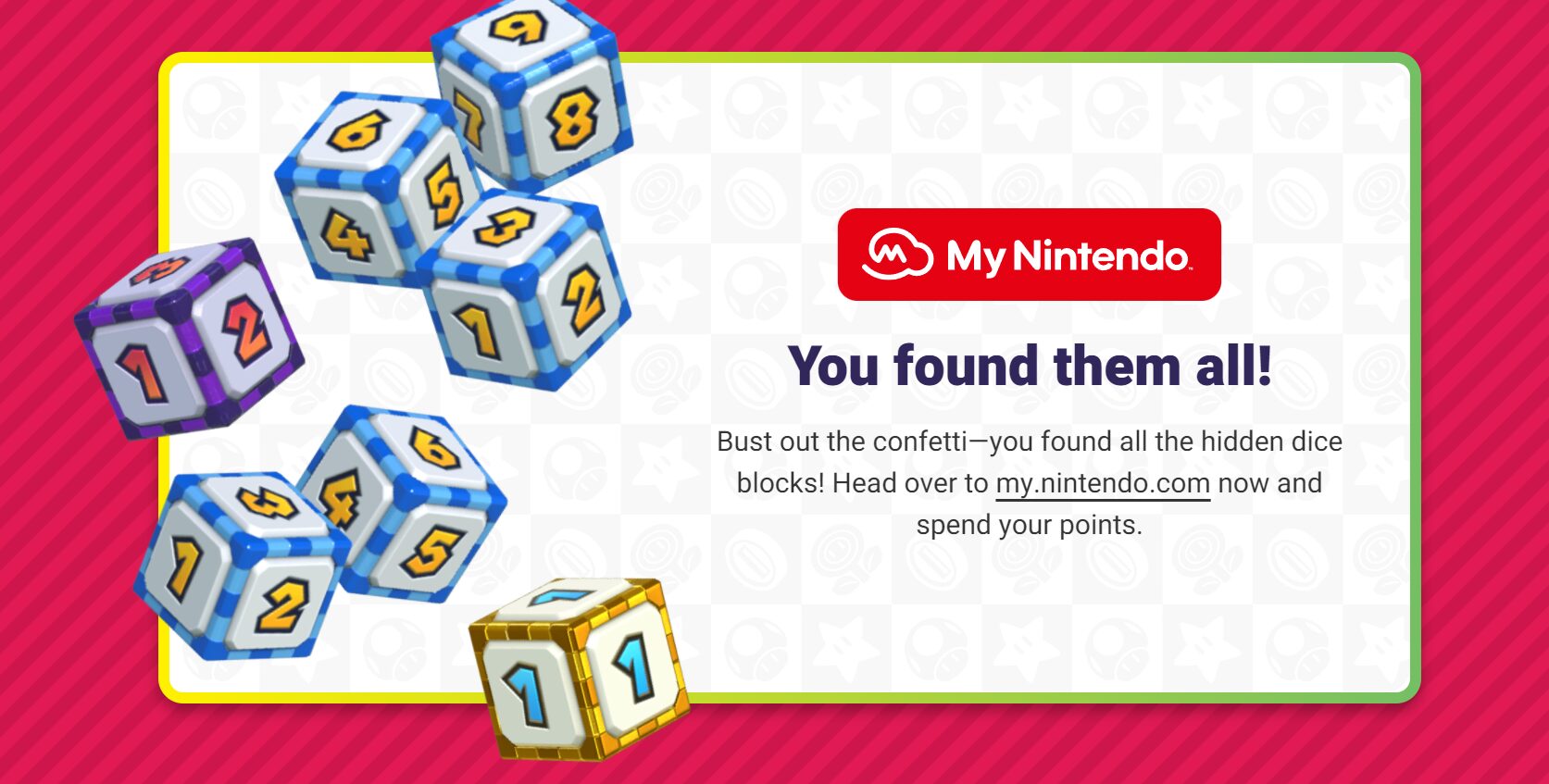 The actual game is out later this month

Another big game, another My Nintendo promo. This past week Nintendo moved out of the Metroid Dread marketing ring (it’s out!) and into the next thing: Mario Party Superstars. This remixed Switch edition is fronting a new My Nintendo mission, which grants you 100 Platinum Points for a quick browser-based seek and find game.

You just need to head here and find all four dice blocks and you’re good to go. They’re on the minigames, characters & boards, modes & multiplayer, and “pre-order today” pages. The sneakiest one is characters & boards, as it’s tucked away ever so slightly below the text “race across five classic gameboards” and above “Peach’s Birthday Cake.”

There’s no physical Mario Party My Nintendo reward confirmed yet, but given Nintendo’s track record of providing one for first-party games, it looks likely. As a sweetener, My Nintendo just launched a digital October calendar that you can get for a few Platinum Points.

As a reminder, you can find our full Platinum Point guide here: bookmark it for when you need quick points for a reward. A handful of points is incredibly easy to get, as that’s basically just 15 minutes with Super Mario Run, or a quick sign-on to the 3DS or Wii U 3Shop. Also remember that any shipments are bundled together, so you can pay a flat rate for multiple items instead of paying it each time.