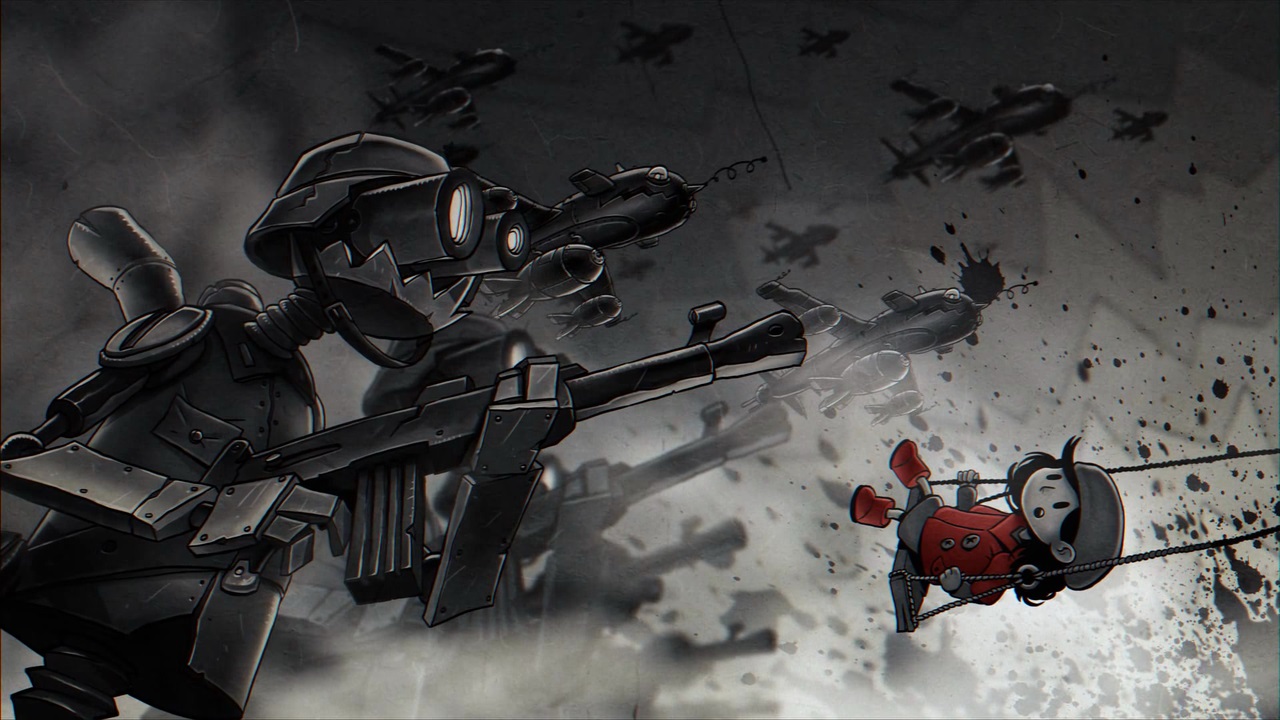 Juggler Games’ My Memory of Us was demoing at PAX East this past weekend, so I dropped by to take a look at the classic-style adventure game.

My Memory of Us is set in a fairy-tale version of Warsaw Poland during World War II. Naturally, it tackles heavy subjects like the invasion of the Nazis but does so through the innocent eyes of two children.

The first thing I noticed about My Memory of Us was its art direction: it looks like a classic black and white cartoon making limited use of color. Certain character garments and items, specifically red ones, bring a striking contrast to the rest of the art.

The developers wanted the art to reflect a dreary world being viewed through the eyes of children. Because of this, the Nazi soldiers appear as evil robots rather than humans.

The player takes on the role of two young children — a boy, and a girl. You can control each of these characters independently or use a hand-holding mechanic to have them move in tandem. For the most part gameplay follows basic adventure game tradition where you find an item or series of items that can be used independently or in conjunction to progress, but My Memory of Us is hiding some light stealth elements under the surface. 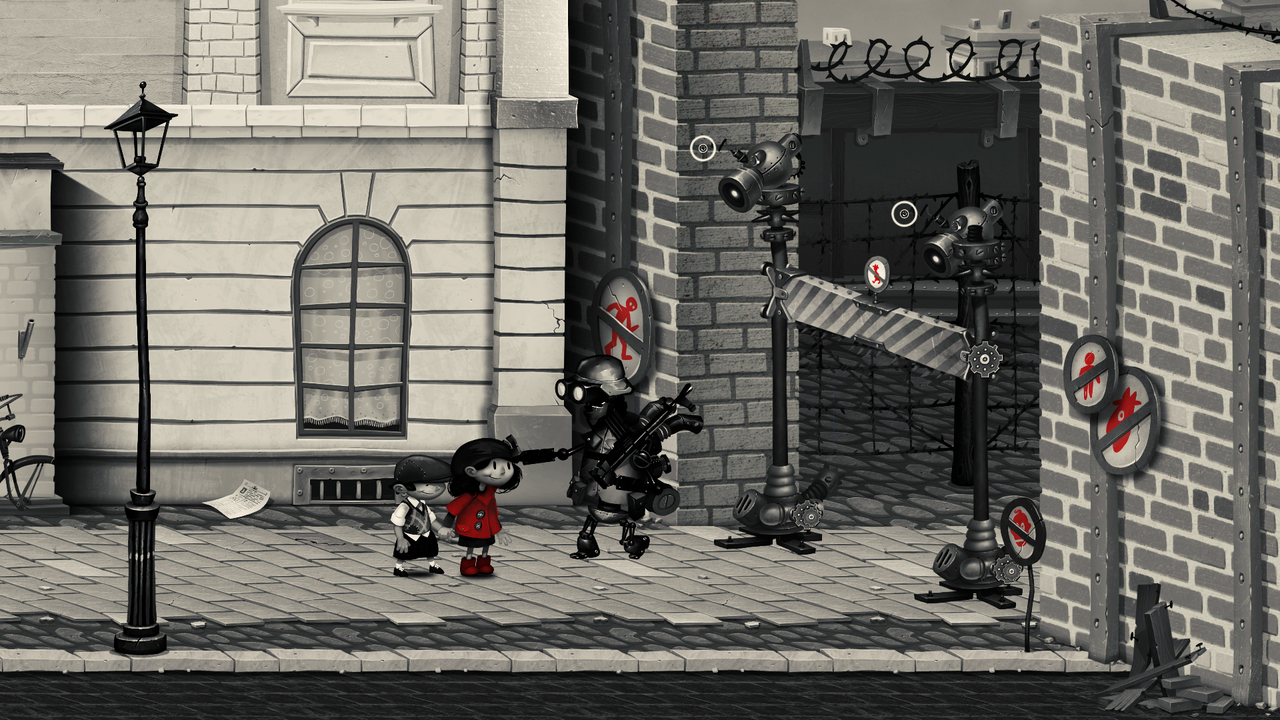 Each character has their own unique ability. The boy can hide behind objects, adding a layer of stealth to help you sneak past guards, while the girl comes equipped with a sprint. If the characters are holding hands the one in the lead can use their ability to affect the other.

The brief demo I got to play opened with a few light puzzles involving raising up one of the characters on a lift and even a light rhythm game where the girl sang at a local cafe. The peaceful mood was interrupted by the invasion of Nazi forces and the presence of a Zeppelin stylized as a giant mechanical whale toward the end of the demo. 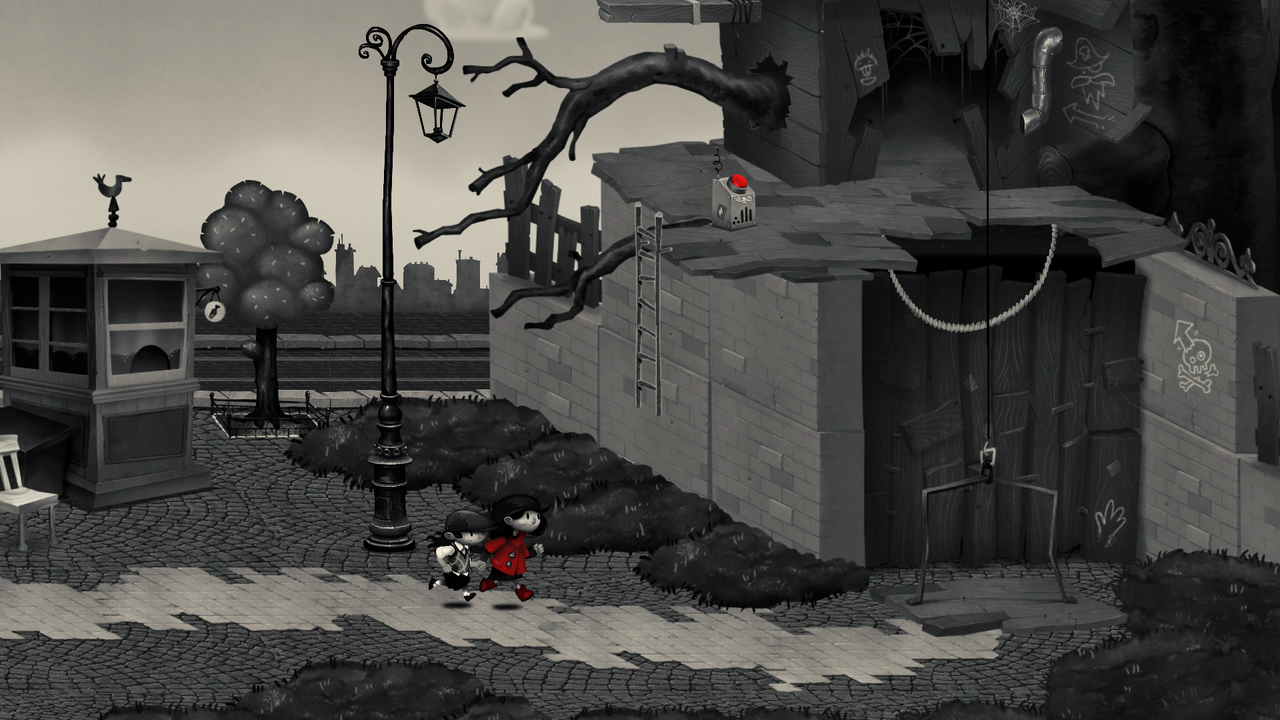 Adventure games don’t seem to pull the audience they did years ago, but I hope the charm and style of My Memory of Us are enough to entice. It’s coming to PlayStation 4, Xbox One, and PC later this year.