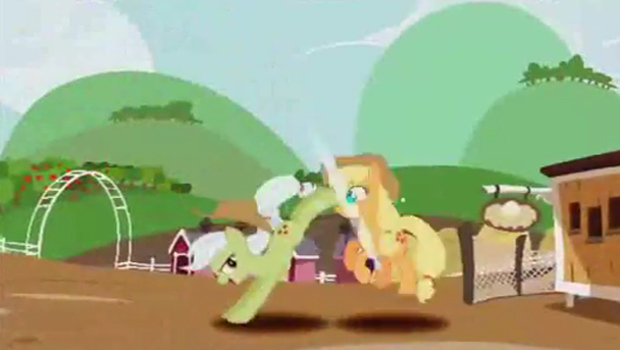 I hadn’t watched an episode of My Little Pony: Friendship is Magic before tonight due to a complete lack of exposure. It’s as if somehow I have fallen outside of the target demographic for the tale of a young unicorn sent to discover the wonders of friendship through playful adventures. Thank God somebody had the decency to make a fighting game based on the show.

The fan-created work, My Little Pony: Fighting is Magic, will ultimately feature a roster of 17 playable ponies but don’t ask them to include any crossover characters. This is a game strictly based in the world of Friendship is Magic, according to an FAQ on the project released by the development team. The game will be coming to PC “soon” and will feature a story mode as well as local and online multiplayer.

As if it were needed, this serves further proof that just about the dumbest thing you can possibly do is assume that you’ve seen it all.