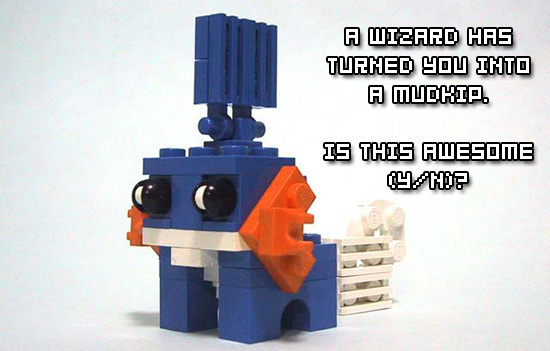 Nintendo’s Pokémon empire has become almost completely ubiquitous. It’s the most successful Japanese venture here in America since Pearl Harbor, and as such, it’s no surprise to see the pocket beasts appear in all manner of bizarre cross-marketing promotions. In that spirit, I present to you this link, a gallery of surprisingly accurate Pokémon recreated in Denmark’s largest export, LEGO.

The ‘mon shown in that gallery seem a bit sharper and less cuddly than their animated counterparts, but that’s to be expected based on the medium. The impressive part about the entire thing is how instantly recognizable each character is, proving yet again that had humans not been constructed primarily from the excess beard fuzz of Charles Darwin, we would have almost certainly been constructed from tiny plastic blocks.

Filed under... #How is this a story?#LEGO#Pokemon