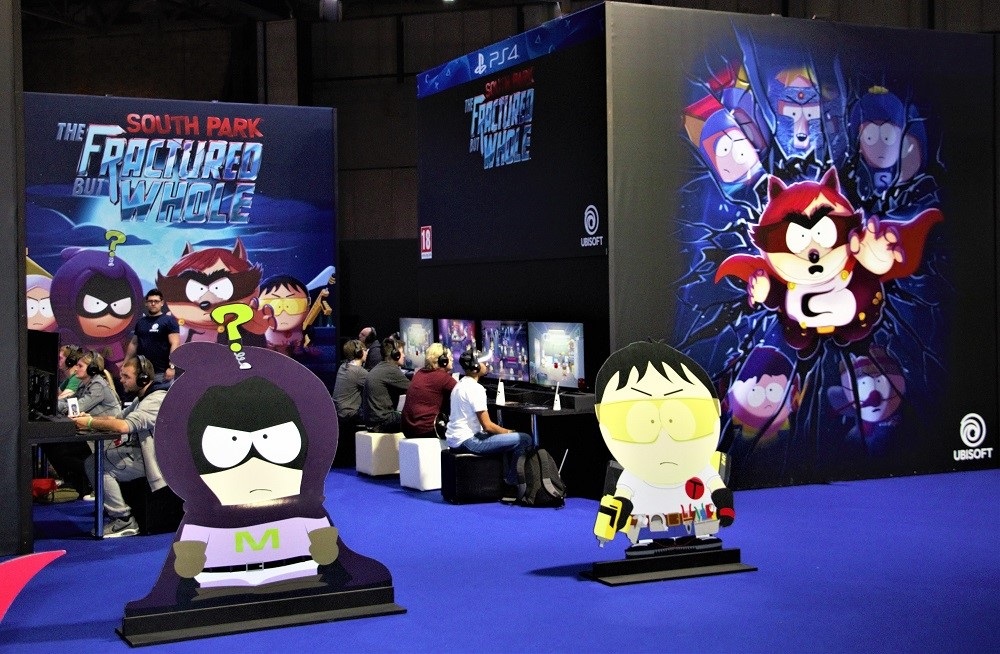 Gonna have myself a time…

South Park is still a popular show, but it has been struggling in recent years to find its place in satirical comedy. Creators Trey Parker and Matt Stone have always stood by the show’s pseudo-caveat that “We don’t take sides, we offend everyone.”

But 2017 is not 1997, it’s not even 2007, and South Park is struggling to remain cutting edge, not only against the many shows trying to outdo it, but also to a public that will go bonkers online the split-second their personal line is crossed. Satire struggles in today’s climate, where a lot of people are only listening with one ear. 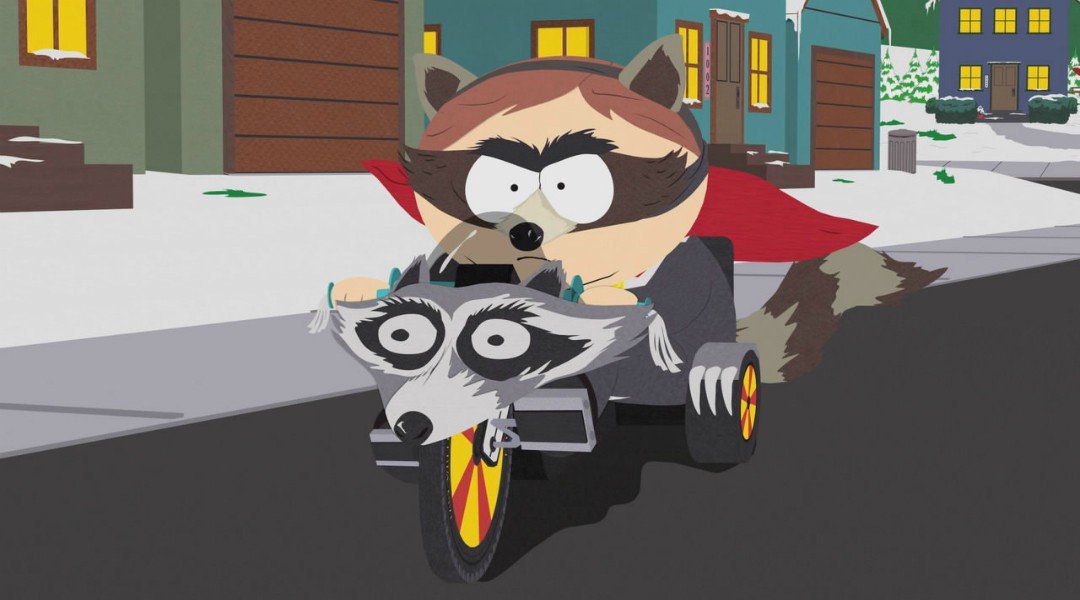 South Park: The Fractured But Whole, the sequel to 2014’s The Stick of Truth, has had a lengthy development period, but is finally ready to rock. I sat down with a demo of the game at EGX in Birmingham this weekend.

The game seems, predictably, little more than a mechanically improved sequel to its predecessor. Fair enough, as you can hardly “upgrade” the aesthetics of a game that has a such naturally simplistic style. The visuals are incredibly crisp though, remaining faithful to the show’s unmistakable look. 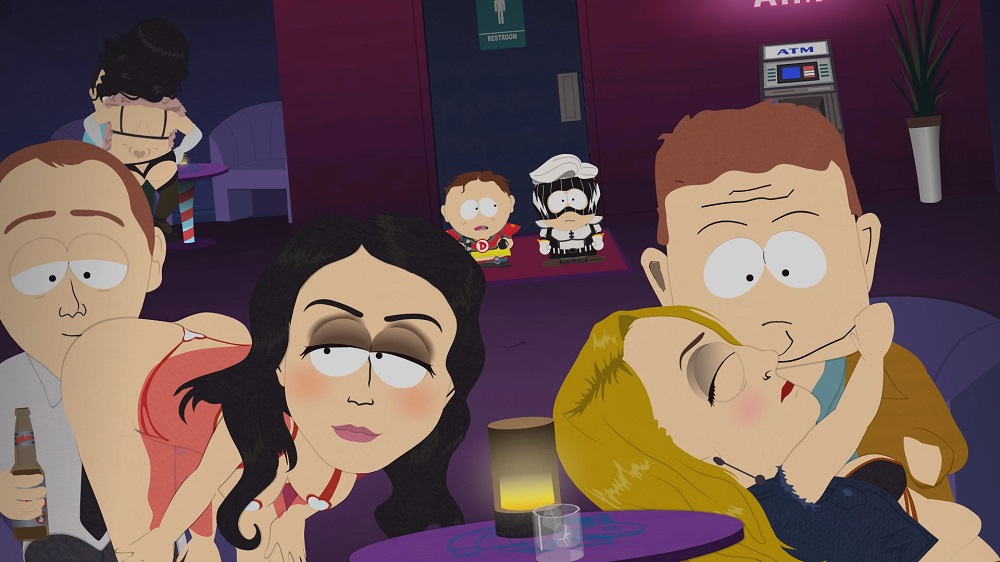 Sneaking into a sleazy strip joint via the bathroom, The New Kid, accompanied by superhero Captain Diabetes, was tasked with tracking down a particular stripper. This amounts to you walking through the club, triggering funny conversation pieces with the clientele. Comedy is subjective, of course, but the dialogue was pretty slick.

Coming across two drunken patrons, The New Kid was forced to lap-dance for them via an incredibly simplistic mini-game, resulting in you literally farting the punters into submission. This pissed them off, surprisingly, and it was Fight Time. 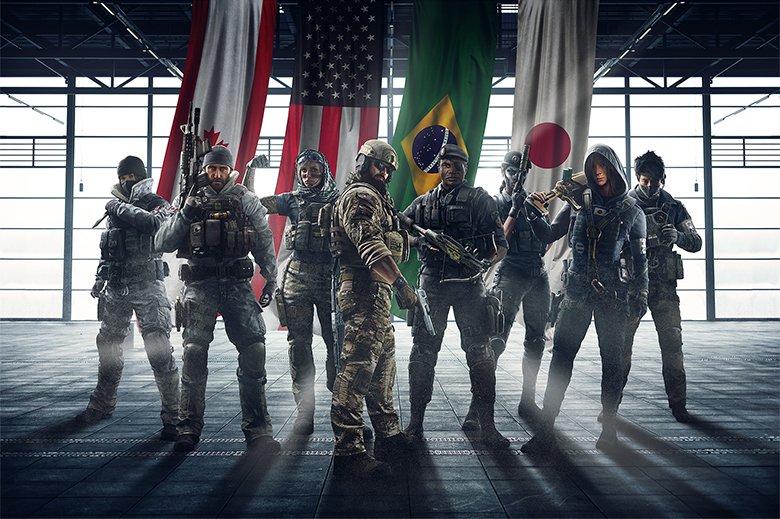 The combat is where Fractured really improves over The Stick of Truth. Characters can now position themselves around the battlefield in real-time for tactical advantage. You can use cover, strike enemies into scenery for further damage, or sandwich an opponent between you and a teammate for a double-sided onslaught.

The humour continues during the battle, with situational dialogue and background animations taking place mid-brawl. This keeps dynamism in the battle, with the combat feeling more alive in its presentation, use of mobility, and its wide variety of attack options (including time-displacing farts, which I sadly didn’t get to experience.)

When the battle was won, there was some item-gathering puzzles, and even some Resi-style push/pull furniture shenanigans to be dealt with. Fractured seemed more reminiscent of a point-and-click adventure game, one which simply switches out to RPG mode for its combat system. 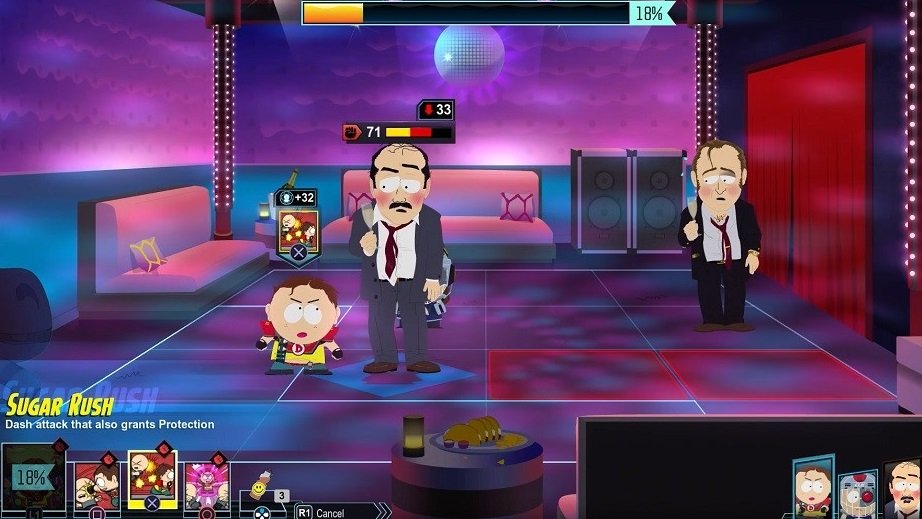 Ultimately, your mileage with Fractured is likely tied to your opinion of the show. If you think South Park is hilarious, and you enjoyed the last game, then this sequel should deliver. If, however, you prefer a little more meat on your adventure games, then you might find yourself questioning how Ubisoft are charging $50-70 for the title. The fact the game comes bundled with The Stick of Truth makes me wonder if Ubisoft know themselves that they’re being optimistic with that price-tag.

I can see myself playing The Fractured But Whole in the future. It looks to be a witty, entertaining adventure. That price is definitely a sticking point for a cheap-ass like me though, and, in my case at least, the game has “Steam Sale” stamped all over it.

South Park: The Fractured But Whole launches on PC, PS4, and Xbox One October 17.