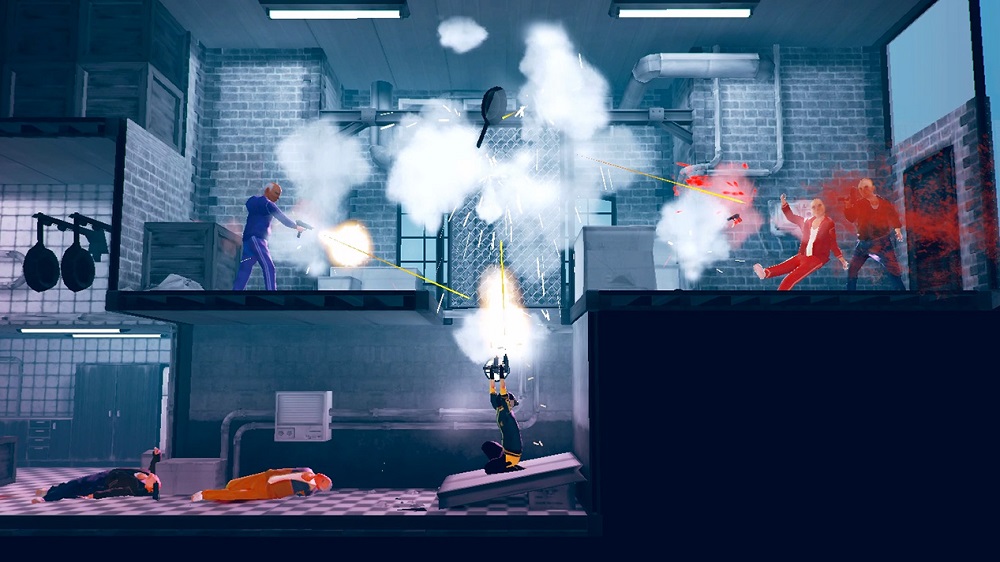 If you’re in the mood a bit of cathartic chaos and ultra-violence, then Devolver Digital and DeadToast Entertainment might have just the ticket for you, as their weird, over-the-top shooter My Friend Pedro comes skateboarding onto the PS4 platform this week.

Released on PC and Switch in June 2019, My Friend Pedro is a tough, physics-based action title fully-loaded with John Woo-style gunplay and dramatic stunts. Players control a nameless, masked protagonist as he run ‘n’ guns his way through gangland territory, his every move guided by a sardonic talking banana. Yep.

By blending My Friend Pedro’s acrobatic movement, multi-directional firepower, melee combat and environmental hazards, players can train themselves to dance a hypnotic ballet of death with the criminals and gangsters on our banana pal’s hit-list. It takes a good practice to sink into the game’s ebb and flow, but My Friend Pedro really comes into its own once you’ve attuned to this dynamic rhythm.

The PS4 release contains all of the content from the original PC/Switch release, including the Code Yellow update, which adds 14 extra-crazy modifiers such as Big Head Mode, adjustable player speed, weapon unlocks, infinite Focus Time, and more.

My Friend Pedro launches on PS4 April 7, and is available now on PC, Xbox One and Nintendo Switch.