[For some folks, playing a game means more than taking in the gameplay or the characters. For people like JPF720, the scenery can be just as big a part of the experience as actually playing. Join him as he revisits some of his favorite places in gaming, in this our latest entry of Who Let the Blogs Out?!, our series of highlighting gems we missed the first go around. Write a sweet blog like this one, and you could see it promoted to Destructoid’s Front Page! – Wes]

Following my previous blog post about the way the context and setting of certain works influence my motivation to experience them and my initial investment, I’ve decided to go ahead and share some wonderful places I’ve visited in video games that really left a mark.

I tried to only pick places which are smaller in scale. Maybe some other time I’ll write about towns or, at least, some slightly more expansive areas (*hint*hint*). On to stuff!

Houses by the beach – No More Heroes 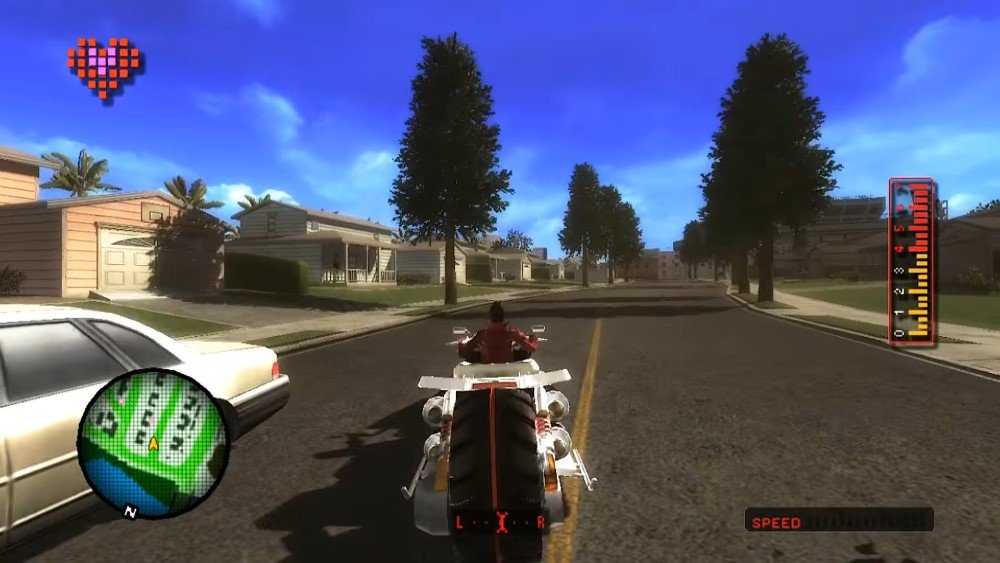 For many of you, these are just some regular-ass houses and one of the most nothing aspects of the entire game. But you see, for most of my life I’ve lived in apartment buildings and, like what tends to happen when it comes to apartments, the concept of living a neighborhood life in full was never a thing for me. Sure, I knew what many folks’ looked like; however, for the most part, I hardly interacted with any of them.

To me, these row houses represent comfort, a place where I’d like to live and raise my kids. The fact that they’re basically exact copies of each other adds to the charm; interestingly, that lack of individuality is something I usually steer away from. They’re right by the beach, which comes with the nostalgia of me having spent half my life living in front of a beach.

Sure, Santa Destroy has a bunch of crazy baseball players, the mob, and deadly scorpions – and my kids would have to attend school somewhere else, due to killer students and all – but sometimes, amidst all the craziness, one tends to crave the mundane. And that slice of regular life in a beautiful town sits very well with me. 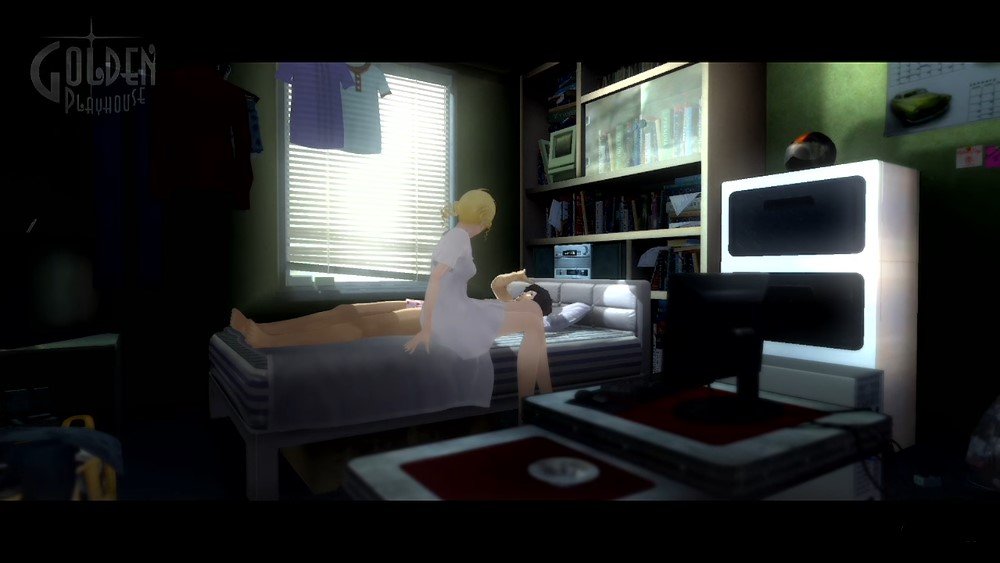 Speaking of places to live, if those houses would make for a great family stay, this is the kind of place my bachelor self would be looking for. As my girlfriend would attest to, my need for practicality tends to overwhelm my sense of stylistic arrangement. And while it would never be adequate for more than one person, its compact layout fits me like a glove.

I’ve been living away from my parents’ home for quite some time and in several different places, however there was never the opportunity for me to go look for someplace I would call my own and only my own. I’ve always lived with some kind of roommate and the closest I’ve been to being by myself was when this one guy almost never came home.

They were great times, don’t get me wrong, but I must admit there’s part of me that longs for that space I never got. A space impeccably represented by this somewhat claustrophobic apartment. 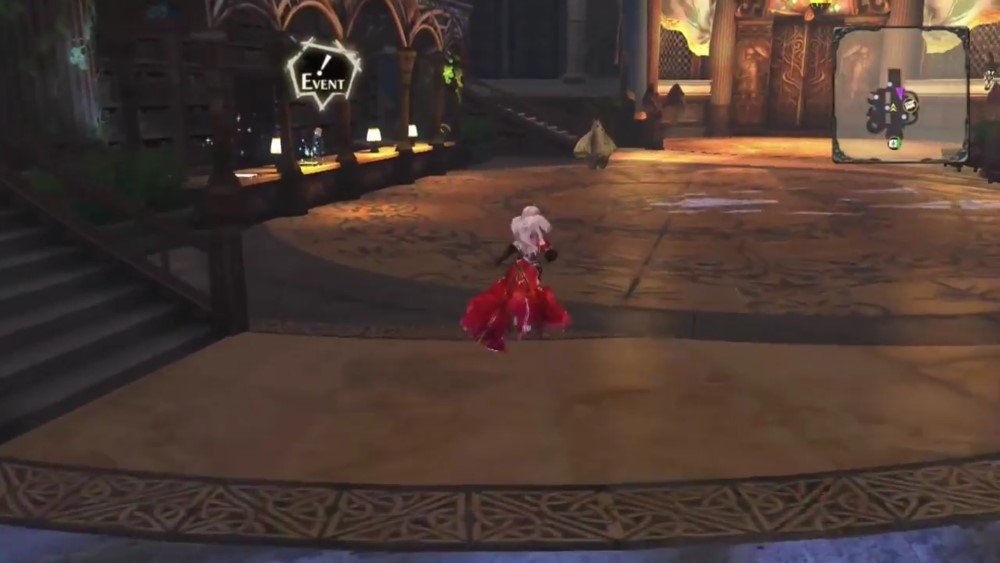 I love hotels. Maybe they represent some kind of adventurous lifestyle, of leaving one’s comfort zone. They accentuate both loneliness and the chance for random meetings. You know that one scene of some guy going to the hotel bar to grab a drink and being the only person there besides the bartender, leading to conversations that last for the rest of the night? I’m fascinated by that, and I don’t even drink alcohol!

In Nights of Azure, the hotel is basically your home base, where you return to after venturing into the night to fight creatures and collect items. And it’s here where most of the relationships unfold, where characters converse and interact. It looks ostensibly sophisticated, almost vacant and comfy, all at the same time. I couldn’t ask for a better place to return to after my nightly walks through a deserted town. 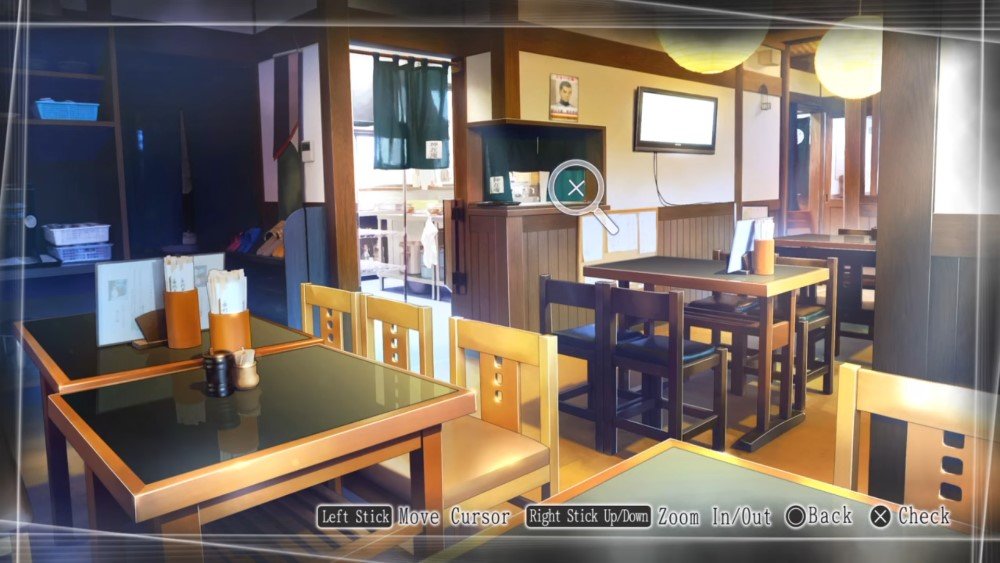 I’ve been talking about feeling comfortable a lot, haven’t I? Well, I’m not stopping now.

I may have never been to Japan, much less the town of Matsue, but I wouldn’t be at all surprised if Root Letter was a completely faithful representation of it. There may be a lot of interesting and historic landmarks to visit, but that restaurant is the definition of a safe haven.

The protagonist may be staying at an inn where very lovely people work, but, even so, whenever he felt a bit peckish before or after a whole lot of investigatin’, I looked forward to going to this place and watch the marvelous cuisine the chef kindly offered me at the usual discount.

Much like the hotel bar, it’s not for the food itself – I could do without that whole eating food stuff if I didn’t actually need it to live – but for the companionship that forms with unlikely people, in an unlikely town.

Alright, no more comfort. Especially because Maken Shao isn’t the most visually appealing game. That’s not the reason I’m sharing a song, though; that’s because I can’t find a decent screenshot of the place I’m talking about. And the soundtrack is cool.

Anyways, interestingly enough those visuals work in its favor. I wrote a whole blog post on this game quite some time ago, but in case you’re one of the everyone who didn’t read it (just kidding, at least three of you did, so thank you) or didn’t play the game, you get to visit a whole lot of cities around the globe. Despite the not-so-appealing graphical quality derived from a Dreamcast game directly ported to the PS2, those fine folks at Atlus somehow managed to grasp the essence of many – if not most – of those cities.

I chose the Amsterdam level because of its three layers. First, there’s the town, which looks like a nice, old European town. Then, you get to the sewers, and I am someone who tends to enjoy sewer levels more than usual (by “usual” I mean that I haven’t met a single soul who also enjoys those). After that, you end up in this night club, meaning that those people were either drunk or high as hell for ending up there. Scratch that – for wanting to go there in the first place! Even so, and despite me never having been to Amsterdam, this somehow manages to be a damn accurate representation of what people I know have told me about it.

If you live there, feel free to let me know there are no shady clubs in the sewers. 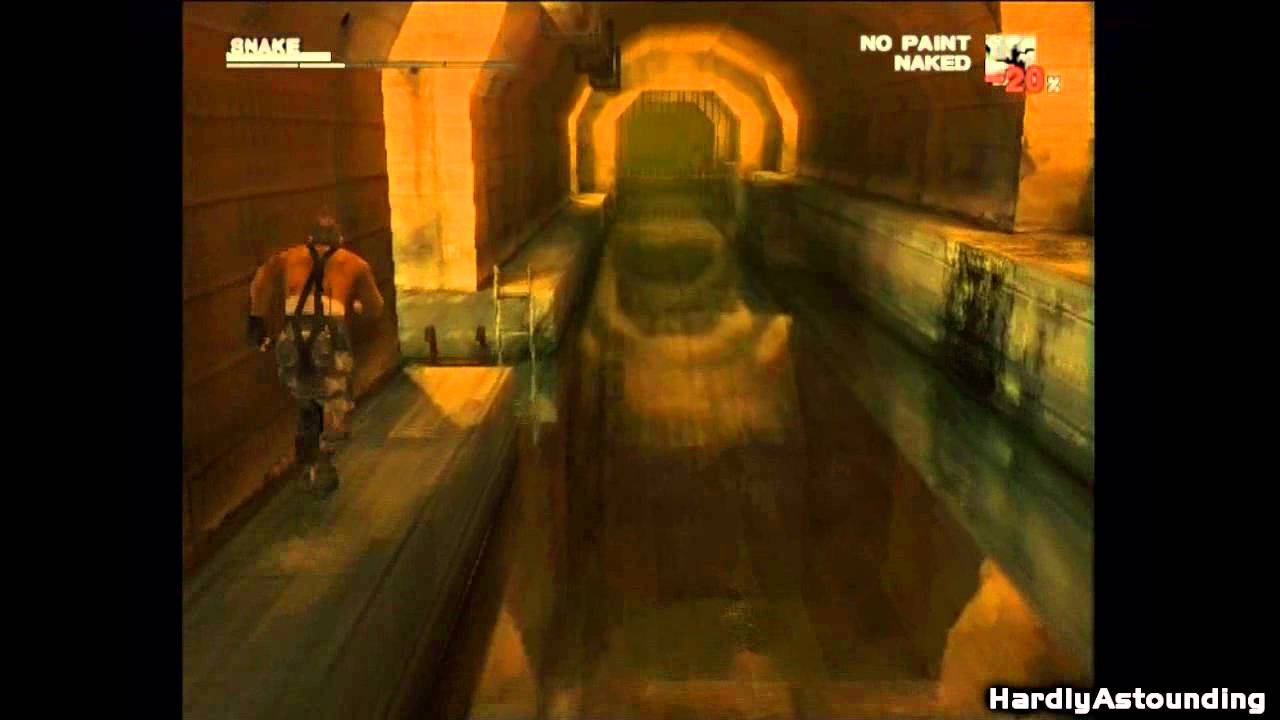 I couldn’t very well let my sewer fetish go by with a simple passing mention, could I? Of course I could, but MGS3‘s brief romp through a Russian sewage system elicits a positive reaction from me.

On one hand, I find the game’s overall color palette really appealing, which works wonders for the “escape through the sewer” scene given it plays out at sunset (my favorite time of day) with that strong and warm orange contrasting with the cold walls. The architecture is interesting, seeing as those are some pretty expansive sewers. But hey, that World War II money and all, amirite?

If I were to try to explore my interest in sewers, maybe it relates to that loneliness I sometimes crave, that comfort that’s to be found in enclosed spaces. Made even better by the fact that, usually, they lead to the outside, reflecting a transitional period of one’s life.

What was I thinking, you’re all just like, “Dude, you’re talking about shit-infested water.” Well, you’re not wrong.

What about you? Which places in games left such a mark that you look forward to revisiting them time and time again?