Sony’s Road to PS5 stream is a definite case of expectations versus reality. PlayStation 5 lead system architect Mark Cerny delivered the console’s technical specs in a methodical prerecorded “hardware ASMR” presentation, as expected, but people are restless and craving juicier details on games.

Cerny began his talk by saying there would be “lots of chances” to discuss PS5 games “later on this year” – if you didn’t know what we were in for today, this was the moment of clarity – and then he dove into Sony’s technical dreams for the PlayStation 5. My favorite part? A cool nod to Jak II.

SSD was the “number-one ask” from game developers, according to Cerny. He illustrated the point well.

“Say we’re making an adventure game and we have two rich environments where we each want enough textures and models to fill memory – which you can do as long as you have a long staircase, or elevator ride, or windy corridor where you can ditch the old assets and then take 30 seconds or so to load the new assets. More realistically, we’d probably chop the world into a number of smaller pieces and then do some calculations with sight-lines and run speeds like we did for Haven City.”

Jak II is “20 years old, but not much has changed since then,” he said.

“All those twisty passages are there for a reason. There’s a whole subset of level design dedicated to this sort of work, but still, it’s a giant distraction for a team that just wants to make their game.”

Cerny further illustrated the point with some figures comparing the PS4 HDD and PS5 SSD. 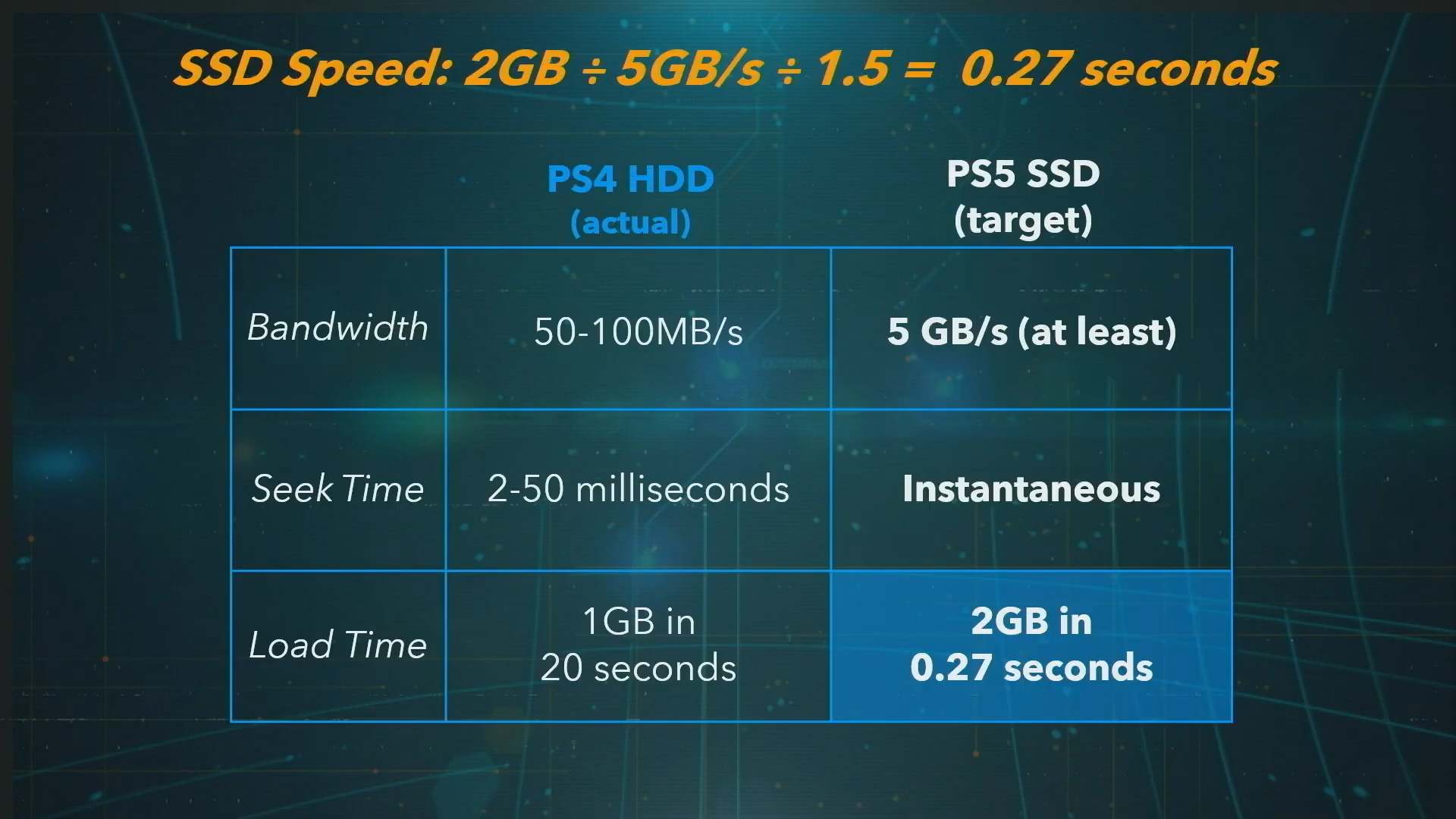 “Developers are able to stream assets into PS5 games at an incredibly fast rate, so PS5 play experiences can be seamless and dynamic, with near-instantaneous fast travel through large game worlds,” said Sony. “This enhanced speed will enable game developers to create larger, richer worlds without traditional limitations, such as load times, and also allows gamers to spend more time gaming than waiting.”

Load times aren’t necessarily the flashiest thing in the world in the context of pitching an expensive new console, but having an SSD in the PlayStation 5 and Xbox Series X will be fantastic.