Metal Gear Solid V: The Phantom Pain and virtual reality — those were the two things, by far, I most enjoyed at this year’s E3. Steven did an exceptional job of capturing the essence of the former, so now it’s on me to describe the latest Oculus Rift and Morpheus showings. Better start with RIGS.

Guerrilla Cambridge’s arena mech shooter marked my first time using Morpheus, and nothing I’ve played with the PlayStation 4 virtual-reality headset since has managed to energize me in quite the same way. Funny. I thought the game looked dumb during Sony’s press conference. If I’ve learned anything at the show, it’s that you can’t judge VR games without, well, VR. (That goes for third-person adventure titles like Oculus’ Edge of Nowhere, especially, but more on that to come.)

RIGS takes place in a future where people watch other people use mechs as basketballs. Something like that, anyway. It’s a sport! This is a first-person game, so when you tilt your head down, you’ll see your pilot’s legs and start to believe they’re your legs. Such a strange sensation. Aiming is done not with a controller, but with slight head movements. It worked well for me. 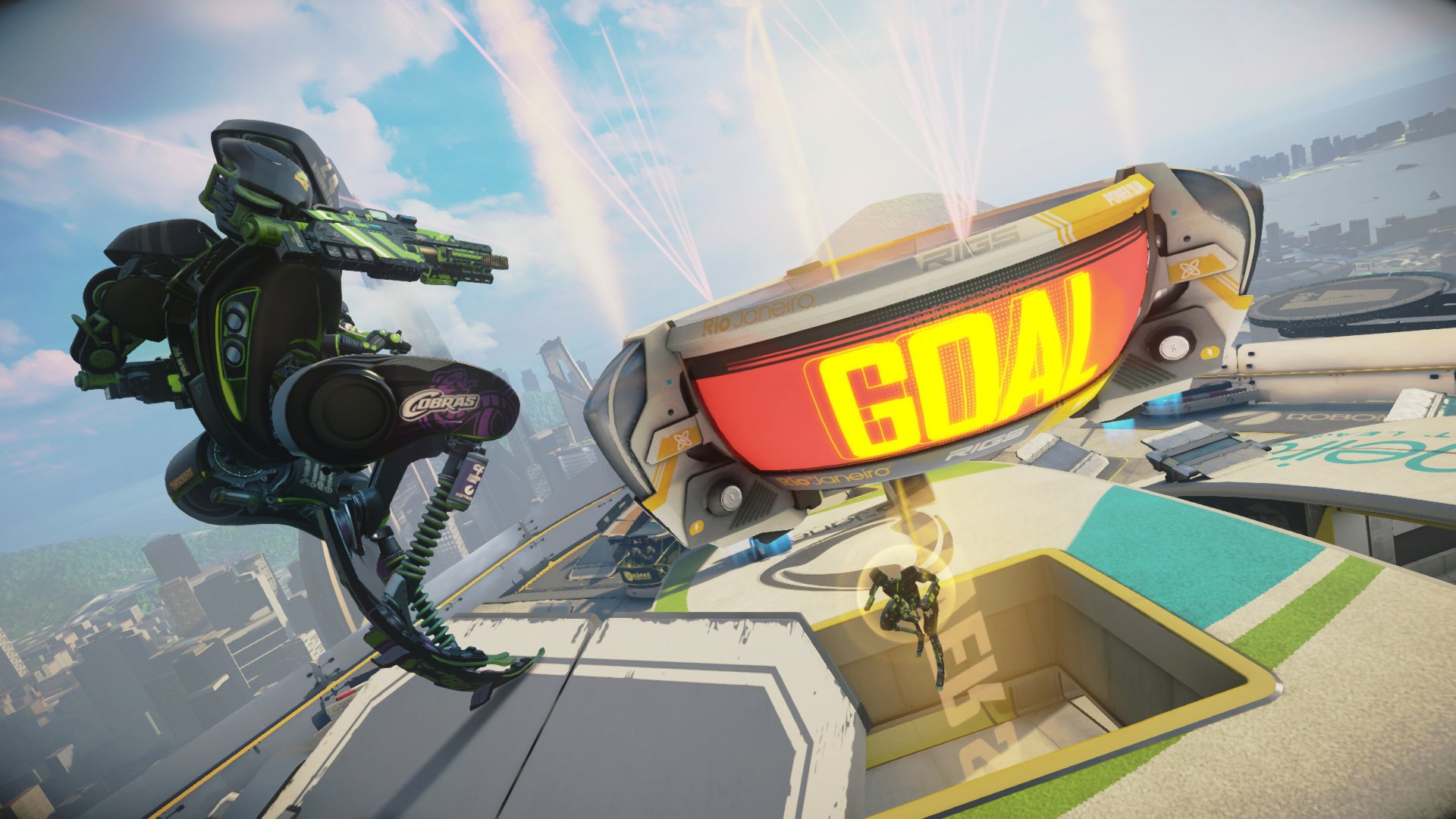 Combat isn’t anything new for the genre, but after you take enough people out and pick up orbs from fallen foes, you’re put into an overdrive mode. It’s at this point you need to make a mad dash toward the top of the map where there are ramps leading up to a giant hoop. Jump down through the goal as if you were a basketball to score, but watch out for incoming fire and melee attacks.

If and when your mech is destroyed, you’ll eject and skyrocket to the top of the map. You can take in the scenery, or get straight back into the action by looking at one of a few colored spawn points and confirming with a button press. Given the immersion of VR, free-falling felt awesome.

Had the game just been standard team-based combat centered on blowing up mechs, I wouldn’t have thought much of it. This mode, Power Slam, really was the best way to introduce it. RIGS won’t be a compelling enough reason to own a Morpheus by itself, but it’s a good starting point.