The year is 1998. Bob Barker’s The Price is Right just hit it’s 5,000th episode, Clinton’s sex scandal is filling up the every news channel, Harry Potter and the Chamber of Secrets is released with no one expecting it’s extraordinary success, Mark McGwire and Sammy Sosa are battling to break the homerun record, and a little game known as Resident Evil 2 is released. At the time, my uncle and I had become very close and he had more than soiled the gaming seed within me. It was never uncommon for me to spend weekends at his house where I’d watch him play through a game which he would later show me how to play, or stay up late playing WarCraft II with him on a dial-up Battlenet connection. To us, that weekend seemed like any other. Little did he know that what he was about to expose me to would soon become my most beloved gaming series.

It was late at night, or at least late in the eyes of an eight year old. Once again I was staying the night over at his house when he invited me downstairs into the basement where his gaming setup was. He had told me earlier in the day that he had a new game to show me but if I wanted to watch him play it, I’d have to be brave because it was scary. Naturally my little heart pounded madly within my chest as I sat in the dark beside him on the couch. I jumped at the sudden sound of the narrator yelling out, “Resident Evil… two!” as he selected his game. Seconds later I was watching him play as Leon S. Kennedy and running through a zombie infested Raccoon City.

We played for quite a few hours that night. The control scheme and puzzles felt a bit too complex for me when I tried, but my uncle gladly continued to play it for me. He told me all about the game’s story and explained the different monsters to me whenever they showed up in the game until he finished it. Needless to say when it was said and done with, I was terrified of my kitchen window for about a week since it resembled the window that the Licker sneaks by before you encounter the enemy itself.

Now it’s time to fast forward to the year 2002. I had just turned thirteen when I once again was at my uncle’s house. I entered the living room to see him sitting down with his GameCube and watched as he shot at zombified dogs in a courtyard. The game intrigued me as I sat down to find out more about it. I was surprised to hear him say that it was Resident Evil; a game series I had long forgotten.

You see, at the time my parents weren’t too thrilled with the idea of me playing “gory zombie” games. They were ok if my uncle was the one playing them and I watched, but they were crossed with the idea of me playing them alone. So I had missed out on Resident Evil 3: Nemesis when it was released and without a Dreamcast, I missed Code Veronica. After a brief discussion with them, they felt that now, nearly five years later, it would be “ok” for me to play such games.

I’ll never forget the moment I played the Remake for the first time… I had turned off every light in my room and sat down with my TV turned up. My mind literally exploded from how breath taking the game looked. (Even to this day, I still stand by it being one of the prettiest games of that generation.) As I made my way through the Spencer Mansion, I felt engrossed in the plot; at the time in my Biology class, we were discussion mutations and had just finished learning about virus. So I soon found myself applying real world science into the game universe, explaining just how exactly something like the T-virus could exist and spread. If anything, that is what I think drew me to the game series. Even if the possibilities were slim and theories of how it could happen were a bit far fetched, I liked the fact that the Resident Evil universe felt real.

The Remake is, and probably always will be, one of my favorite games of all times. I have played and beaten it enough to where I can walk someone through how to beat it by memory while also telling them where items are, how to solve the puzzles, short cuts to the game, and when/where enemies will attack. I don’t know if I should be ashamed of knowing so much or proud of it. Though my “obsession” didn’t end there. I had missed much of the series by now. 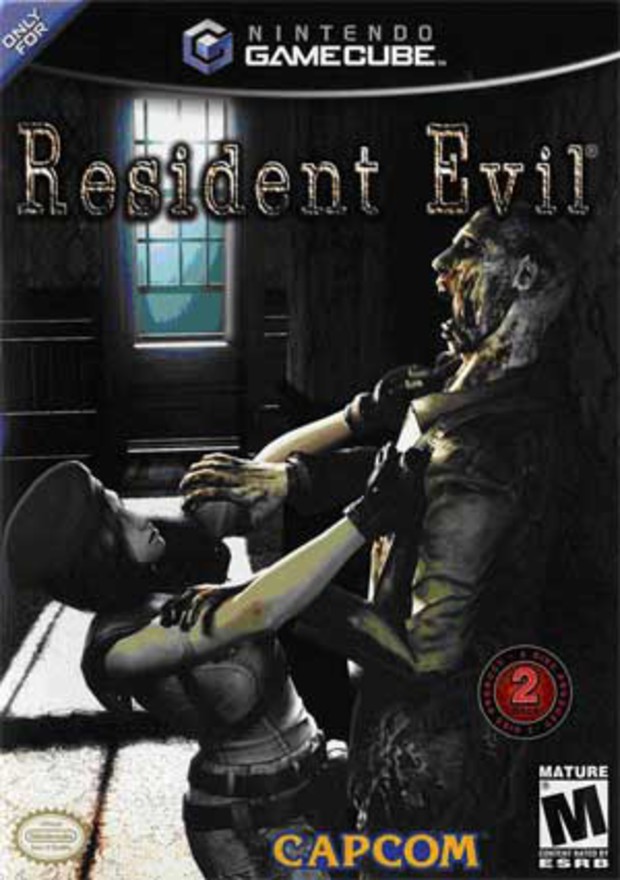 So, I took the time to purchase and play through Resident Evil 0, 2, 3, and Code Veronica. After completing the games, I would sit down and look up information on line to take mental notes on how each game and character is connected. After I got caught up, I bought basically any Resident Evil game that came out after that. I purchased both Outbreak games and Dead Aim upon which I then worked into my chronological timeline of events within the series’ plot line. When Resident Evil 4 was first announced with Leon being chased by a sickle creature , I purchased an imported GameCube magazine, Cube, just because they game with promo DVDs with the trailer on it. (Personally, I wish Capcom kept that concept. The game would have added closure to Sherry as well as contained an extremely promising tense atmosphere which as slowly seeped away from the series.)

Hell, even when Resident Evil 5 was nothing more than just a trailer of a man in a desert, I already had written speculations and explanations of how and why it would be Chris Redfield; I knew the game would take place in Africa at least a year or two before Capcom released solid information on it due to a file I remember reading from Dead Aim. Then of course I played the Umbrella Chronicles games in hopes of any existing plot holes being filled; though I only found more of them…

I soon found myself purchasing guide books just because I wanted written copies of character profiles. That and the fact that some of them included a time line of Umbrella’s history and written copies of Wesker’s Report; a copy of Brady Games’ Umbrella Archives soon followed. I’ve read them all at least a few times.

By now, I can tell you the creation of Umbrella in detail. I can tell you about all the events, the characters, and what happened to them. I can tell you stories about side characters and characters that you only hear about in the games’ files. (Rest in peace, George Trevor, you poor bastard…) I’ve even spent the time to look up each game’s development to where I know any changes made between the game’s announcement and its final release. (Did you know that Shinji Mikami originally thought about making the series in a first-person perspective? He changed his mind though because he felt that he couldn’t achieve a solid horror game in first-person; he wanted third-person with a limited view.) I can tell you about each enemy and the best way to handle each one in combat as well.