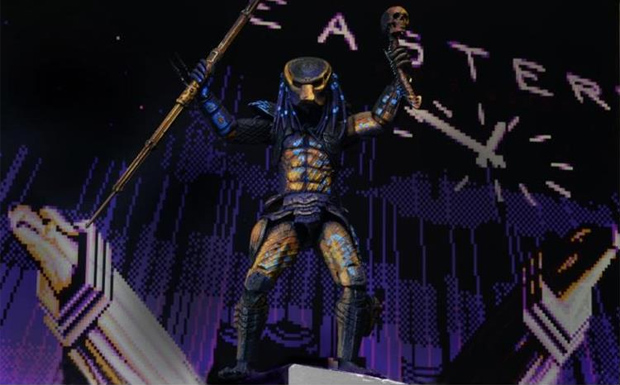 The Predator is in town…

I’m still kicking myself for missing NECA’s glow-in-the-dark Jason Voorhees figure based on his loud design in Friday the 13th for the NES. It was exclusive to San Diego Comic-Con, and I should’ve had a friend nab one for me. Shoulda coulda woulda. (Typing that eases the pain.)

It took me a little while to figure out which game the figure is based on. Turns out that it’s one I’ve never seen before much less played: Predator 2 for the Atari ST. But you knew that, didn’t you?