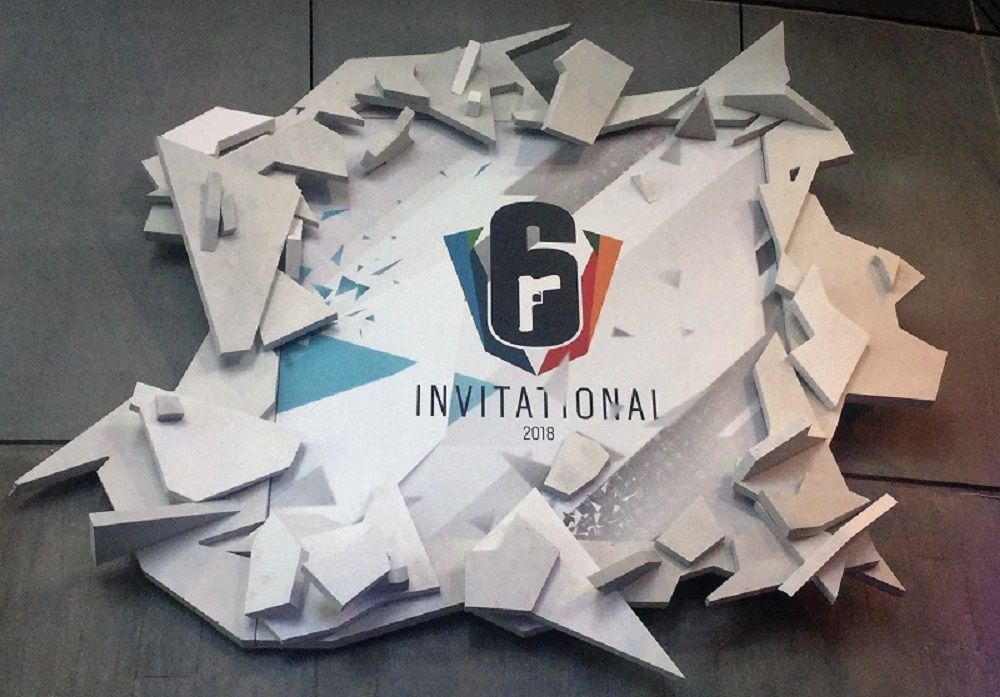 After a steady influx of new players across its second year, Ubisoft’s Rainbow Six Siege has solidified itself as one of the most popular online titles of the current day. The pro-league of the squad-shooter culminates in the annual Six Invitational tournament, where the top teams face-off in hopes of proving themselves the best in the world, as well as bagging a sweet $50,000 prize.

The Six Invitational 2018 was held last week in Montreal, Canada and was a resounding success, pulling in a peak 321,000 viewers on Twitch, a near 200% increase on last year’s audience. Not only that, but Steam figures for the game have spiked since the event was held, with the game jumping back up the UK charts. Thus is the amazing marketing potential of such gatherings.

I was fortunate enough to be in Montreal for this event, having taken a slightly wrong turn in England and somehow ended up ankle-deep in snow on the other side of the Atlantic Ocean. I’m only what you would call a casual player of Siege. My eSports experience equates to my frequenting many fighting game tournaments nationwide. But I was keen to see how the big-bucks competitive scene shapes up, live and in living colour. 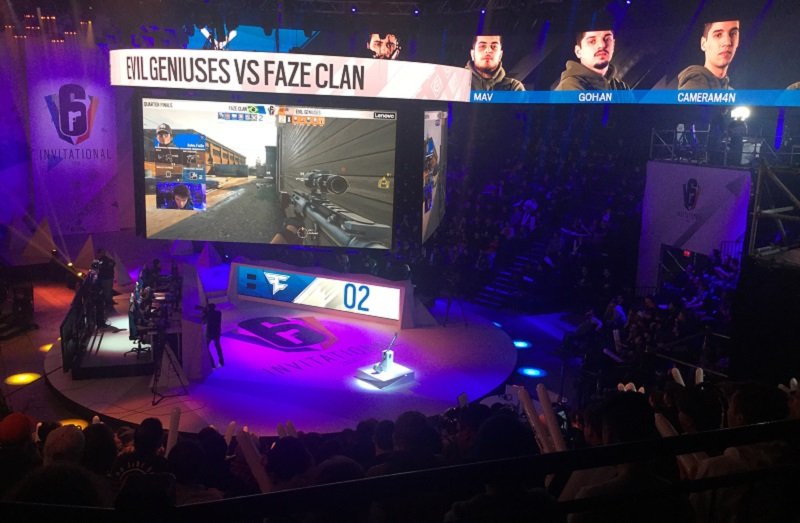 The Six Invitational was held at the TOHU, Montreal, a venue sat in the middle of some snow-adorned wasteland. The building is used, more often than not, for flamboyant performance artists Cirque de Soleil, and as such the arena is circular in nature. The proves the perfect setup for an eSports event, with an almost 360-degree audience surrounding a central ring where the digital warfare takes place.

The ringmaster for this particular CIRCUS OF DEATH is announcer and all-round hype-man Matt Andrews, who spent the weekend as the tournament’s emcee, as well as hosting links and interviews with developers, players, and security folk with adorable bomb dogs, for the tournament’s Twitch live-steam. Andrews is a large part of making the Invitational feel like a big fucking deal, and his contribution as host should never be overlooked.

Shooters are one of the tougher games to follow in a tournament environment. In events such as fighting tournament EVO, you see all the action on-creen, live, as the combatants see it, but once you have ten players, each with their own unique eyes on the game, it can become a frantic experience for even the hardened fan, and downright confusing to a beginner.

The Invitational featured a variety of methods to try and explain the mise en scene to its viewers. These include huge displays, loaded with on-screen info and some legitimately amazing commentary. For three straight days the commentators broke down everything that was happening on-screen, at speed, without repetition, whilst keeping their hype at fever pitch for hours upon end. To explain such fast-paced, complex action, while recognising and explaining team tactics takes intricate game knowledge and vocal professionalism. The commentators’ commitment to their role was beyond reproach.

To me, the standout feature of the tournament was simply its expertly-programmed production values. There was great sound and fantastic lighting throughout. Quality floor management skills left nobody bumbling around on-stage. Slick direction kept everything running on-time, with little to no dead air. Crucially, the presenters had none of the dreaded “Sooo… what’s happening next?” awkwardness, which kills momentum in many tournaments stone-dead. 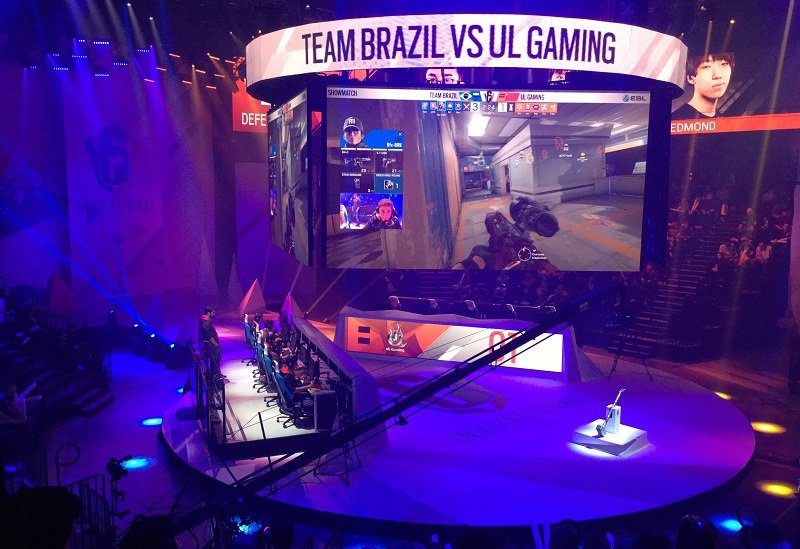 The matches feature immersive arena effects. As players are Tango Downed, their portraits are marked off of huge digital banners circling the ceiling. Best of all, when a defuser is placed on a bomb map, a frantic alarm rings out through the PA, while the whole audience become bathed in a pulsating red light. To say effects such as these enhance the dramatic intent of a match is an understatement. With these lights, sounds, and the pumped crowd, the Invitational felt more akin to a small-scale WWE show.

During the time-outs between matches, there were some fun side-attractions (besides the frequently-needed old man bladder-emptying). The lobby area featured a gallery of great art by the Siege community, selected and displayed with pride. There were various cosplayers, official and amateur, strolling through the venue, all of whom looked like they would cause an International incident if they were to set foot outside the TOHU’s doors. 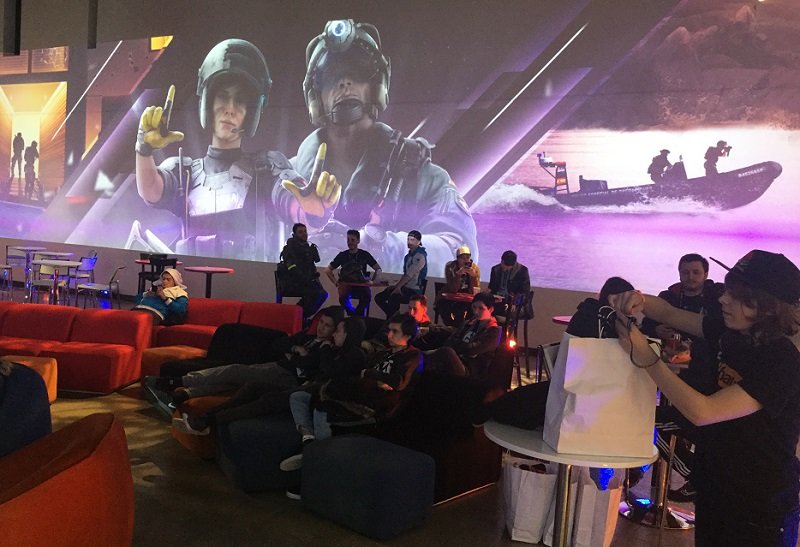 A merchandise stand, selling Siege-branded clothing and other chicanery opened up on the Saturday morning and completely sold out all stock within two hours. For many attendees however, a huge draw of the weekend was the opportunity to get their hands on the upcoming event Outbreak, as well as test out new Operators Finka and Lion.

Given Outbreak‘s viral theme, these LAN setups were amusingly housed in a large bio-hazard tent, patrolled by folk in Hazmat suits. There was a consistent queue to play the new content all weekend. Fortunately, as The Industry’s Chris Moyse, I was able to swan in and get straight down to having my ass handed to me. Thoroughly and repeatedly. 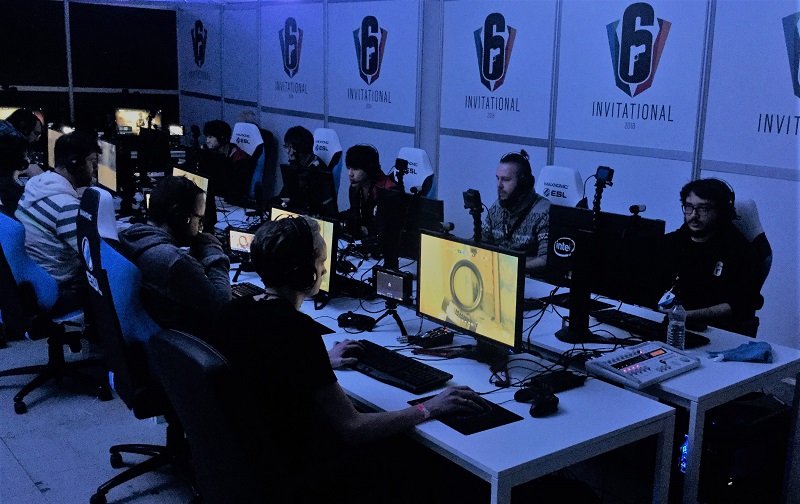 Sunday was Grand Finals day. After a short medley of the game’s foreboding score, played by a guest orchestra, 2017’s U.S. champions Evil Geniuses took the stage to fight Europe’s PENTA Sport, in the ultimate battle to crown the victors. Taking the first two maps with shocking ease, Evil Geniuses steamrolled their European opposition. It was a real “Might as well get your coat” moment.

Then, in the kind of drama reserved for such finals, PENTA stepped up, pulling it back in consecutive maps, and took the match into Overtime. What looked to be an uncontested, one-sided squash, suddenly became an amazing comeback. PENTA would take the tournament, proudly seizing the comically-oversized trophy amidst jets of steam that blew the fuck out of everyone’s ear-drums. We had new Rainbow Six Siege champions.

In between the work I had been doing, the constant milling around, and my trademark extended bathroom visits, it had been a long weekend. Stumbling out into the Quebecan evening, the thing that stood out in my mind wasn’t the awesome Valkyrie cosplayer, my first ever plate of Canadian delicacy “Poutine” (cheese and chips, to be honest), or even the intense final — it was the high-quality production of the whole affair. 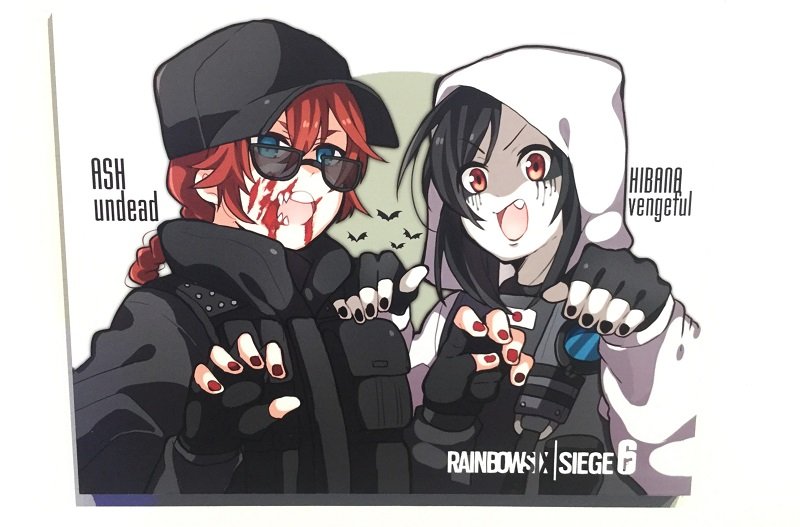 eSports is a strange beast. As someone who started gaming in the ’80s, you could never, ever have me believe, decades ago, that you could fill an arena with people watching a specific video game being played. I’ve watched StarCraft and Overwatch tourneys on Twitch and have attended more fighting game tournaments than I care to remember, but this was the first time I’d seen such a production live and in-person, and it was pretty damn awe-inspiring.

From the excellent hosts, to the immersive lighting, sound, and dynamic effects; the slickness of the stage direction, to all the fun side-attractions and fans scurrying about excitedly — my time at the Six Invitational was a clarifying “I get it now” moment. A realisation of why fans pack out venues for events such as this. It’s not even just the tournament. It’s the shared social aspect, (even I made some new friends), the pomp and circumstance, the sharing of players’ emotional highs and crushing lows. Besides, it’s just a great frikkin’ day out.

The Six Invitational showed me what eSports can be, when done with professionalism, a great venue, well-trained staff and, admittedly, a shit-ton of cash, (The latter unfortunately being the biggest stumbling block for most outfits.) Should an event such as this one swing by your area, even if you don’t care too much for the game involved, grab a couple of pals and take a look. Maybe you too will be bewitched by its appeal… or should that be rappel?

[Travel to this event was paid in part by Ubisoft. Hibana/Ash art by @Tanmen_02]