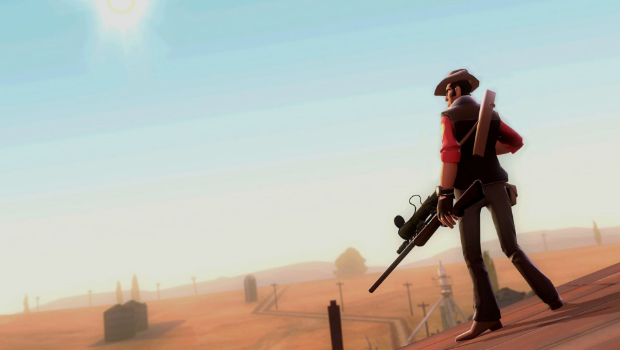 [Dtoid community blogger naveenwf reminisces about his favorite memories of last gen for this month’s Community Assignment. Want to see your own blog appear on our front page? Go write something! –Mr Andy Dixon]

Instead of writing about the “issues” that plagued our generation, or indie games, or any specific topic, I thought I’d give my personal rundown on some great gaming moments that I’ve had.

Here are my seven favorite gaming moments from this past generation. Tell me yours in the comments!

7. The Last of Us combat improvisation

I start in a hut, grab an arrow, and make my way to a gazebo for cover. The pair of men on my right walk past the gazebo and back. I arrow one, and stab the other. I pull the arrow out of the dead man, and go back to the cover of the gazebo. The left hand side pair walk the same way, investigating the dead bodies after hearing no reply. It should be mentioned that this pair walked into the hut I started in, so I made a getaway as well. I, again, arrow the first and stab the other. I started with two rifle shots and had now gained two shotgun shells, as well as a shotgun itself. I got around the two houses in front of the gazebo, and snipe two guys high up, in the distance. Two more are alerted, and I quickly get to cover. I shotgun the first, as he’s right next to me, on the other side of the brick wall cover.

I make sure that I can see where the other guy is, now sure that enemies work in pairs; I see him run out of cover, his end goal seemingly to flank me. As he’s in cover to the left of me, I sprint to where he is, and he starts to walk around. I throw a brick at him, and run up to him and shotgun him point blank.

The reason I’m so proud of this is because I started off with two rifle bullets, and took down eight guys. The only thing that wasn’t improvised was the arrow and knife of the first pair. My original plan was to use the two rifle bullets on the second pair. Thank god I didn’t, because those two bullets were instrumental in taking out the two snipers up ahead.

I used a multitude of weapons in different ways, and it was smart, calm improvisation that led to my success.

6. Procedural homosexuality in The Sims 3

I was aware that same-sex relationships existed in The Sims, but I have a really interesting story to tell. My in-game son was in high school, and I thought it was about time to have him meet a girl to fall in love with and eventually marry. I set him up with this girl, Dawn McIrish, and after a couple of failed dates, I was disappointed. I had noticed he was spending a lot of time with a male friend, who was the heir to a very rich family and part of the vampire family in town. When this vampire kid asked my son out to prom I was so surprised, and didn’t expect it at all, and it was one of the most amazing and memorable moments in playing The Sims. It came in such a subtle way, and needless to say, they lived happily ever after.

Until I forgot to feed them blood and they died. Damn vampires. (Oh yeah he also made my son a vampire).

5. That one amazing Sniper battle in koth_harvest in Team Fortress 2

A few years ago I was playing King of the Hill on the Team Fortress 2 map Harvest. If you don’t know, Harvest is a pretty small, symmetrical map, with two wide buildings on either side, and a hut in the middle that’s the capture point. But my story doesn’t concern the hut.

I had a great time playing as the Sniper, going from window to window, cover to cover, looking for and killing the same sniper on the other side of the map. It was thrilling and frantic, yet sometimes slow and tactical. It was like playing some sort of cartoony, bloody chess game, and we were communicating with each other simply by sniping each other. I could tell what he was thinking and he me, and when we came to opposite cover, I imagined that this Internet stranger also laughed in surprise.

I spent the first few hours playing a Knight, and had lots of trouble beating the first proper boss (i.e. not the tutorial boss). I soon restarted, choosing the Pyromancer, which was a much more noobie-friendly class. After beating the Taurus Demon for the first time, my hands were shaking, and although it was the first of many wins, this was one of the more important victories. Oh, and that music.

3. The final level of Monaco: What’s Yours is Mine

Unlike the many other levels in this four-player top-down stealth/heist game, the final level, Hotel de Monaco, is instead one where you simply escape the building, from the top floor to the bottom, with fully armed SWAT-type guards on your tail. I played this with another friend, and it resulted in my most memorable Monaco moment.

We had worked our way down, and we were both hiding in a bush, in sight of the exit. To complete a level, you have to jack a car and get into it (which takes around 5 seconds), in this case surrounded by seven or eight cop cars. I ran out to the getaway car and after seeing the many coppers sprinted back. I told my friend to go have a look, to give him a good fright, and he too came running back. We tried to tackle it in many ways, looking for other paths out, but it was to no avail. We finally decided to just sprint, and I died right outside the car and had to be revived by my partner in crime. It was scary, thrilling and hilarious, and one of my favourite moments from this generation.

2. The first hour of Antichamber and all the mindfuck that comes with it

The first time I was playing Antichamber, before it introduces the traditional game-y puzzles, I was just left to explore this weirdly wonderful world with physics so beyond my understanding. In conclusion:

After some 40-50 hours across the Xbox 360 and newly released PC version, I finally beat King Yama, the 2nd and final boss in Spelunky. I was so nervous when I was in the throne room, my heart beating so fast. When I finally defeated him, and having carefully made my way to the exit without dying, this massive weight was lifted off my shoulders. After hundreds of deaths, I escaped the cycle, and lived a long happy life, my death only coming to me by old age. This is easily my proudest gaming achievement.

I was on a gaming high at this moment. And the music helps.

Honorable mention: The Ending of the Walking Dead. I didn’t want to include it since it was universally loved and not unique to me.

And that’s it for my list. What about you folks? Share your favorite moments in the comments!