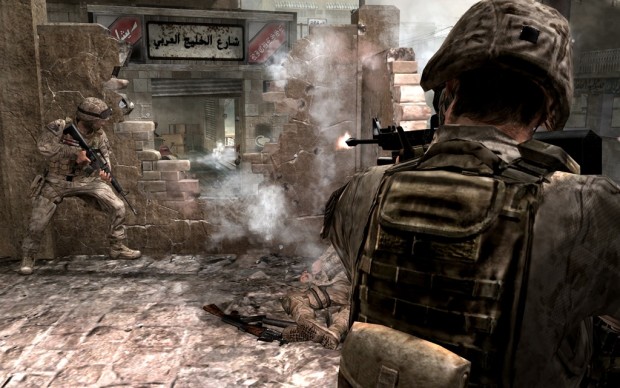 Yesterday Infinity Ward Creative Specialist Robert Bowling went on an information dropping streak about the upcoming PC version of Call of Duty: Modern Warfare 2. Those looking to play the game on the PC can breathe a sigh of relief as he tweeted that the PC version of the game will indeed be landing on the exact same day as the 360 and PS3. He doesn’t have the minimum specs yet, but he says the PC version will have Prestige Mode and plenty of Steam support, which is good news for those who prefer to shoot with a mouse.

Bowling also dropped some info on the PC version’s servers, or lack thereof. On the Bash and Slash podcast he discussed the upcoming PC version and let slip that it would not have dedicated servers. Instead Infinity Ward will be using a propriety matchmaking network called IWnet that runs along side Steam to do all matchmaking so that it will “allow matchmaking for our PC users as well, just like you have on a console that’s built in on Xbox Live and PSN.” This is obviously a lot different than dedicated servers as IWNet basically works like a console game’s multiplayer and matches you up with players of the same rank. According to Bowling there will be “no dedicated server list[s],” and you will rely on IWnet for “matchmaking and your games, but you still have your private matches.” Kind of taking what is unique about multiplayer gaming on a PC and crushing it, huh?

Sorry to get you PC gamers all excited in the first paragraph and then come down on you in the second. What do you say? Boycott?

[Thanks, Johnny and Andrew M.]