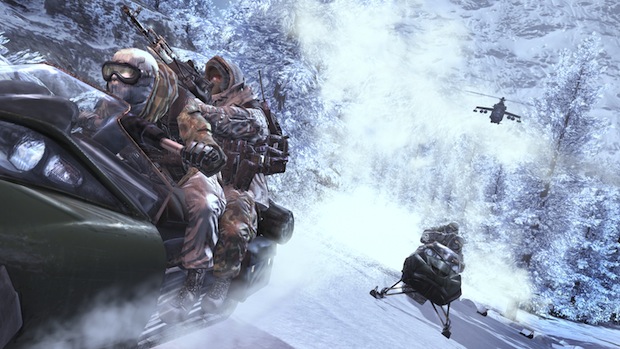 Seems like the early morning analyst wasn’t too far off the mark regarding Call of Duty: Modern Warfare 2’s day-one sales. Activision internal estimates have pegged worldwide launch day sales at a cool $310 million. According to Activision, this little estimate nugget makes MW2’s launch the “biggest launch in the history across all forms of entertainment” with around 4.7 million units sold. Roll that around in your head for a second.

So, this is the reason why my GameStop’s midnight release line was wrapped around the abandoned plaza the boutique sits in. Subsequently, its the reason why I spent an hour or so inside of Wal-Mart in a much shorter line with all the wonderful gentlemen who came with their infants, foul-mouths, and energy drinks to purchase the game at midnight. I like the idea that MW2 stomped all over day-one entertainment launches, but man, Wal-Mart is a mad depressing place to chill at in order to get a disc.

Regardless, props for the sales. We suspect that all of you purchased this game, right?