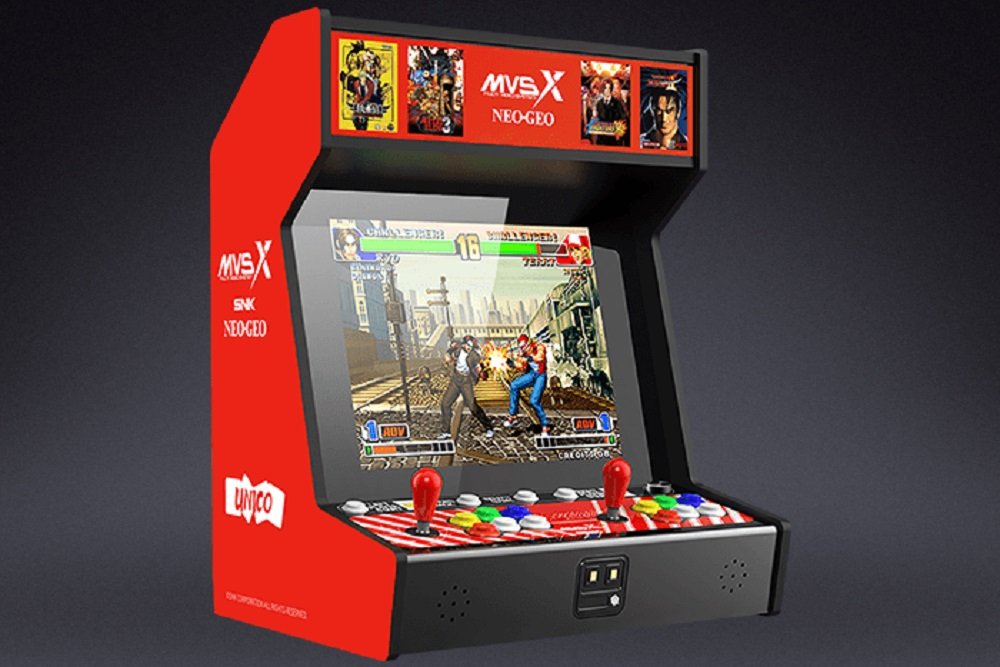 No Memory Card slot though…

The MVSX Home Arcade stands 25 inches high and 15.4 inches wide and features two-player controls, stereo speakers, and a 17-inch LCD screen –  running in classic 4:3 format and at a resolution of 1280 x 1024. Pre-loaded with the staples of the SNK catalogue, the MVSX includes multiple titles from the King of Fighters, Fatal Fury, Art of Fighting, Samurai Shodown, Last Blade, Sengoku, World Heroes, and Metal Slug franchises, along with several sporting classics. All of the included games can be played in MVS or AES mode, and screen filters can be applied for that traditional arcade scanlines effect.

Now for the damages. The MVSX Home Arcade will launch worldwide in October/November 2020 priced at around $450 USD. For an additional $50, customers will receive an extended base unit, transforming the MVSX into a mini five-foot arcade cabinet. Pre-orders are expected to open in September. It should also be clarified that the MVSX is an emulation unit, and as such is not compatible with actual MVS carts.

For more information on the MVSX Home Arcade, as well as a full list of included titles, visit the official website. As an old-school, dyed-in-the-wool SNK head. I think this looks like a cool device, provided the emulation software holds up. Also, as it’s releasing in next-gen season, it’s definitely out of my budget. Regardless, that’s a fantastic list of games.