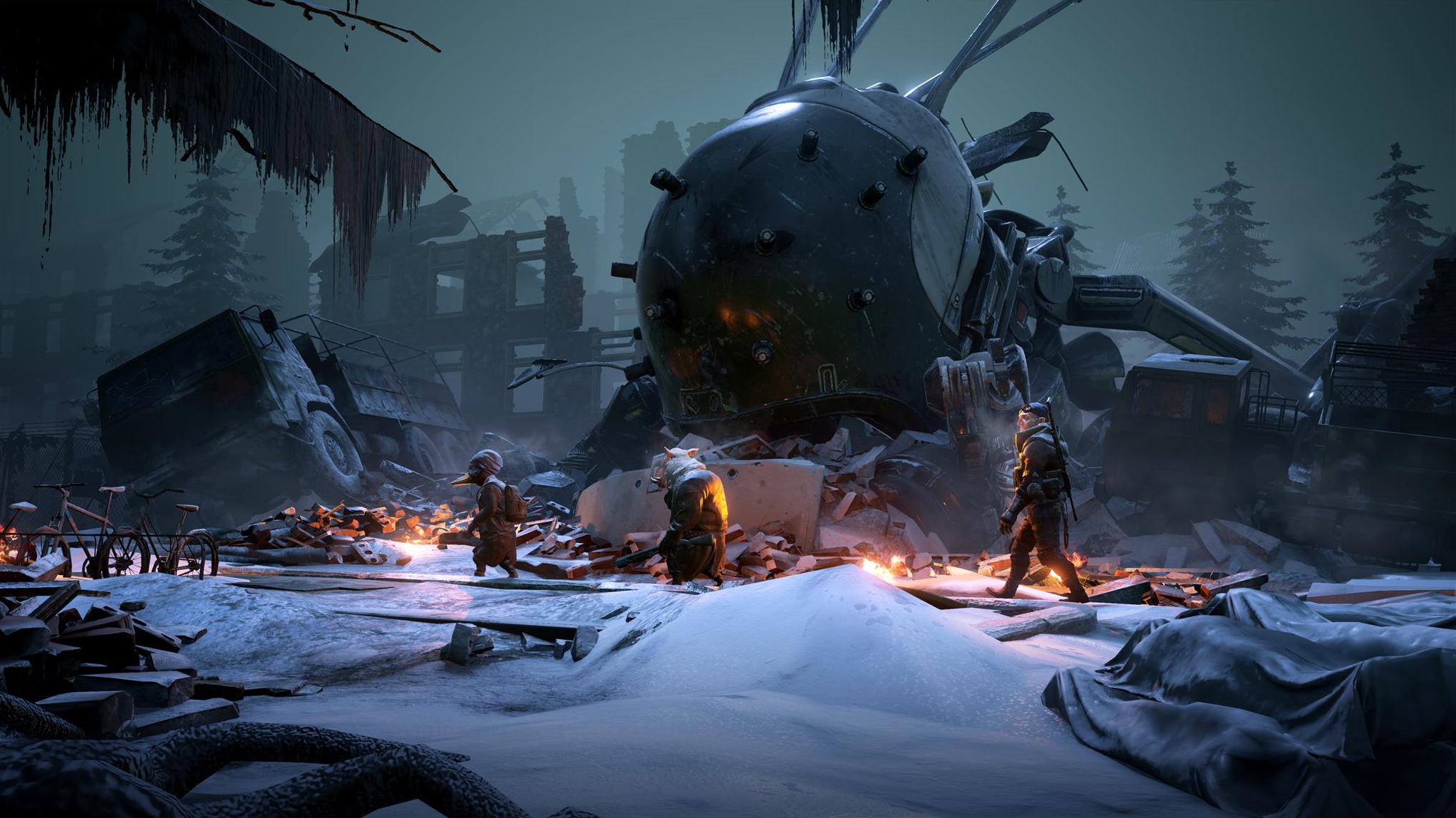 Not all mutants are bad

When we first learned about Mutant Year Zero: Road to Eden (still a too-long name), it was with a cinematic trailer that introduced the world but not the gameplay. The duck and pig protagonist duo in some sort of apocalyptic wasteland setting is strangely enticing. But, the idea of an adventure game mixed with tactical turn-based strategy was even more promising.

After a lengthy hands-off demo at GDC last week, I’m inclined to think the genre blending will work fantastically. That’s because a) Mutant Year Zero has the sort of chops that strategy games need and b) this world feels worth exploring.

What I saw was a close variation on this gameplay video that Funcom released today:

Even though Mutant Year Zero seems as if it’ll take place in two distinct phases (either wandering around or fighting), they feed into each other nicely. In our presentation, the trio of good guys searched a ghoul camp in pursuit of a generator. Sneaking around had its advantages. It offered the opportunity to loot items, find pieces of environmental storytelling, and to give ourselves a tactical edge.

That tactical edge mostly came in the form of discovering a giant-ass mech that would attack anything in sight. With Dux and Selma tucked away behind cover, Bormin found a barn that housed this dormant robot. Activating him turned his attention to the ghouls, but eventually toward us too. It’s a small price to pay.

The combat sensibilities — although our demo was limited to one encounter — seem competent enough. Each character has their pool of abilities to draw from, and every turn is spent weighing the pros and cons of scurrying to new cover to line up a slightly better shot. A possible spot for interesting variation is that the characters have mutations because it’s a game about mutants; Dux has a pair of batwings that he uses to hover in the sky. If the player gets to equip different mutations, it could nicely change up the way encounters play out.

We’re told that Mutant Year Zero will have two major difficulty settings — a normal one where characters are revived upon dying, and a permadeath mode where they stay dead. Developer The Bearded Ladies was coy when asked how this will work, simply saying “That’s what makes it even harder than XCOM. There aren’t that many survivors.” However, The Bearded Ladies also confirmed that there are more playable characters (such as the cook from the reveal trailer), so maybe Dux and Bormin won’t necessarily play the lead roles even though they certainly seem like the stars now.

This Fallout-like world sure looks as if it has a whole lot of secrets it’s hiding. We’re keen to discover them when Mutant Year Zero: Road to Eden releases later this year on PC, PS4, and Xbox One. For now, it seems like the mutated mashup of turn-based strategy and adventure game will work just fine.