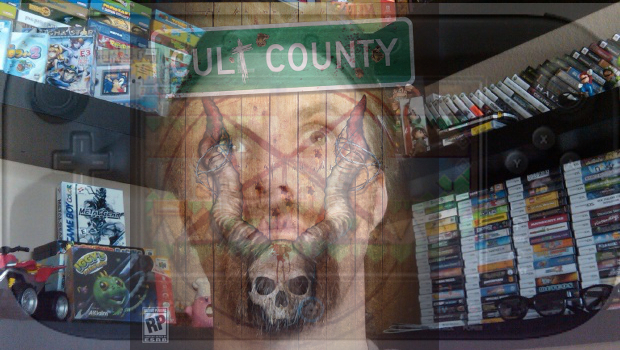 Last Sunday’s Sup Holmes (now on iTunes) was another example of how quickly things can escalate with a returning guest. Though I’ve only spoken to Jools Watsham on a couple of occasions, it felt like settling in with an old friend from the moment Sinistar said “go.”

Jools was kind enough to grant us with all kinds of exclusive information regarding both the business and development sides of Renegade Kid. We learned that Mutant Mudds sold best on 3DS, less well on iOS, and how the game changed the way Renegade Kid looked at the world of self-publishing. We also got deep into the psychology behind the upcoming Renegade Kid titles Cult County and Treasurenauts. The dark side of religion, the perks of multiplayer, the influence of Silent Hill 2, and ways to give the player a sense of constant discovery were just a few of the subjects on hand.

We also got into the dynamics of working on with various platforms and publishers. Jools was pretty clear that for both personal and professional reasons, working on Nintendo platforms means a lot to him, but that doesn’t mean he’s bound to them. Mutant Mudds is officially on its way to PS3 and PS Vita. It’ll be one purchase for both consoles, with the potential for cross-play. Very exciting news for Sony console only owners out there who love a good platformer.

The we got exclusive word on some plans for Mutant Mudds 2 (bosses confirmed!), the secret back story of Granny (she’s the Obi Wan Kenobi of the Mudds-verse) and so much other stuff. It’s required listening for fans of any game that Jools has ever put out (especially Rod-Land). Thanks again to Jools for being such an amazing guest, and tune in this Sunday at 1:00pm Pacific / 4:00pm Eastern when we welcome Matt Thorson (Towerfall, Give Up Robot) to the program.