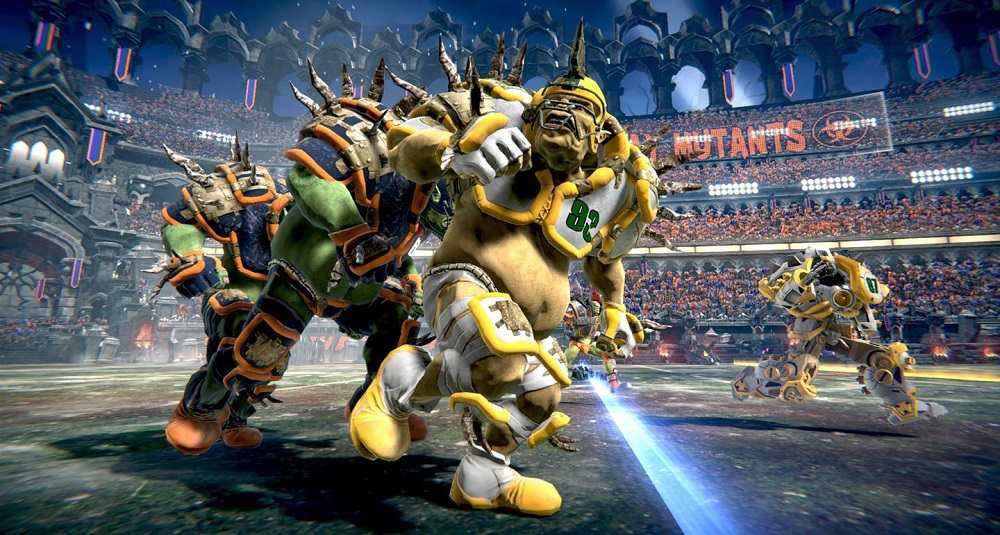 The words just don’t sound right in that order

Digital Dreams Entertainment have announced that their retro-revamp Mutant Football League will be coming to PS4 and Xbox One on January 16.

The game is an indie-driven remake of the ’90s classic Mutant League Football, which featured teams of fantasy creatures crushing skulls and turning quarterbacks into brokenbacks (Note: remember to remove this shitty joke when editing, Chris.) Mutant Football League brings the classic format to modern platforms, while retaining all violence, guts and gore of the original.

The game features 18 blood-thirsty teams and 18 deathtrap-filled stadiums, as well as exhibition play and a full Season mode. Up to four players can rip each other to shreds locally, or two players can go head to head online. Foul-mouthed commentary is provided by Tim Kitzrow of NBA JAM fame (although there is an option to turn-off the swears).

Mutant Football League is available now on PC and on January 19 on PS4 and Xbox One.