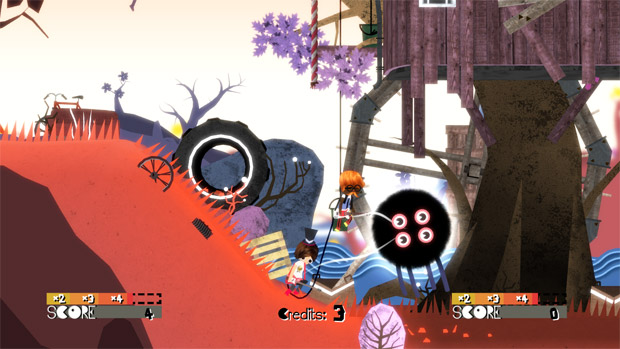 It’s been months since it happened, but I still can’t believe Tecmo picked up Fret Nice. The Pieces Interactive-developed sidescroller, which tasks players with using an actual plastic guitar peripheral to play, oozes style and feels so out of the ordinary that it hurts.

While it isn’t “OMG huge!” news or anything, this Japanese/Swedish collaboration has been dated — well, sort of. Joining the already sizable list of prominent games due out in early 2010, Fret Nice will also be heading to Xbox LIVE Arcade and PlayStation Network around that time.

More than anything else, it’s just good to see this project alive and kicking. Hit the gallery for a selection of new images, some of which contain mustaches.