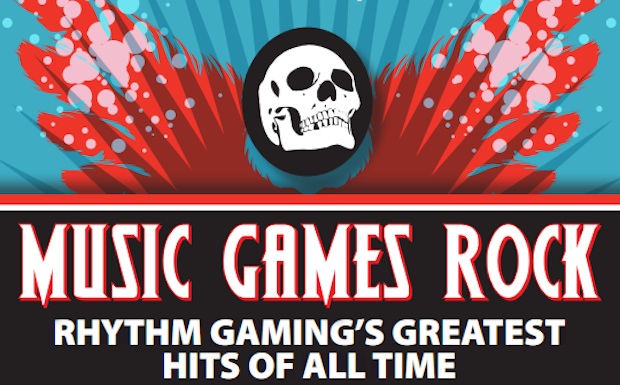 Like rhythm games? Then you’re sure to like a new book called Music Games Rock: Rhythm Gaming’s Greatest Hits of All Time. This book attempts to be an encyclopedia of rhythm gaming, covering everything from the early history of the genre to the more current rise and fall of the top series, Guitar Hero and Rock Band. It kicks off with foreword by co-creator Alex Rigopulos of Harmonix, too. It comes to us from Scott Steinberg, the writer of other game books like Get Rich Playing Games and The Videogame Style Guide.

I’ve been reading it and it’s quite good so far. It starts out with the history of music gaming, beginning with that four-buttoned Simon game we all used to have, moves into the mid to late-1990’s (my favorite) era , and then continues on to present day.

There’s also fun features worked into the mix. For example, the author tries to list the best game music ever and does an okay job. His list of the worst game music is better. It’s a good read and it’s free as a download, or for just a few bucks it’s on Apple’s iBooks store and other digital outlets.