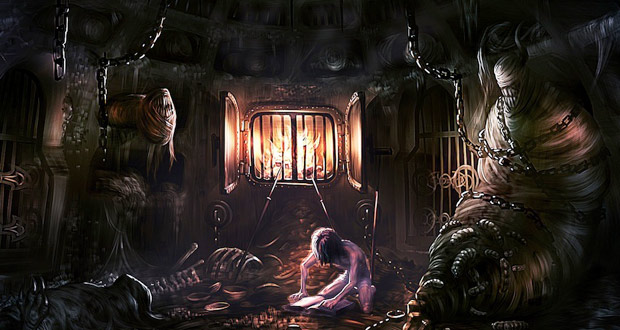 Soul Sacrifice dropping on April 30 for North America, May 1 for Europe

I have always enjoyed the orchestral work of composers such as Kow Otani and Motoi Sakuraba, because of their ability to express such a broad range of feelings through their music. They can make you feel like a hero, fighting an all-or-nothing battle one moment and the next, make you feel like a frightened child, alone in an unknown land.

Now it seems that Yasunori Mitsuda, of Chrono Trigger and Xenegears fame, is bringing his skill and vision to the music of Soul Sacrifice; and judging from this short clip of its battle theme, he really understands what makes this game unique and the music it deserves.

Mitsuda describes his thought process on creating the music for Soul Sacrifice:

“…The battle style in this game is different from traditional RPGs and action games where the battles are not instantaneous, but rather extensive and you fight for a longer period of time. Within those battles, you will face all sorts of situations where you can have the upper hand, or be at a disadvantage. So, in order to match these dramatic sequences, I concentrated on adding many different elements to each piece in order to create an exciting musical composition. Soul Sacrifice is the type of game that will challenge you in all aspects. With that in mind, I challenged myself during the composition of the musical scores as well…”

This may be the first time where I pick up a game’s soundtrack before I even lay my hands on the actual game. But with the battle theme being this good, I’m more then happy to fork my well-earned dollars for an amazing soundtrack.