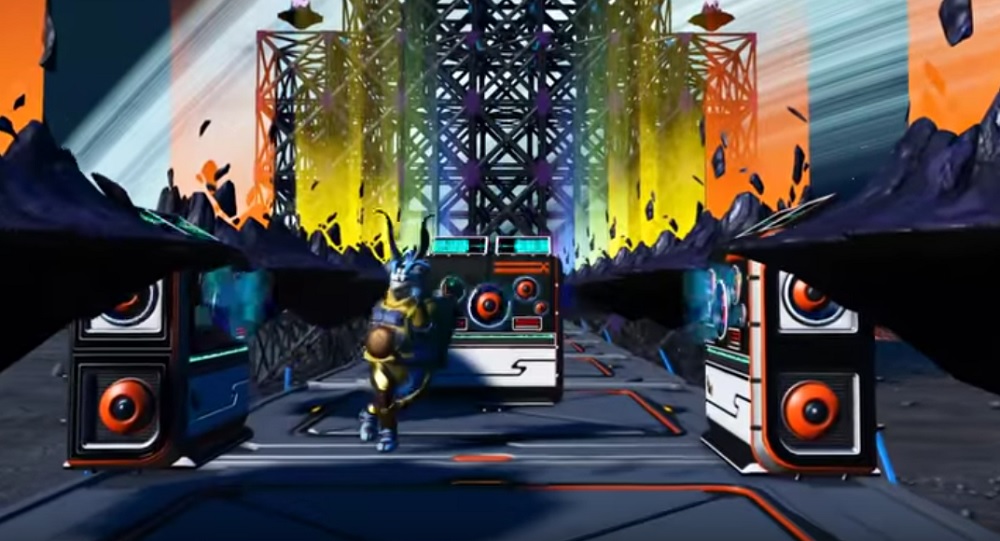 Here’s a little something that I’ve been working on…

Hello Games has released a new update for its interstellar adventure game No Man’s Sky, and this one is particularly unique, bringing the joys of music to the vast loneliness of outer space.

Update 2.21, which is available in-game right now, adds a new feature known as the ByteBeat Device, which is essentially an audio creation utility that allows players to place a stave of notes, before fine-tuning adjustments such as pitch, length, and tempo. Once the player has the required blueprint, the ByteBeat can be placed in-game and, with a little dedication, can be programmed to play music, complete with backing beats, and giving your explorer something to chill out to while gazing upon NMS‘ colourful vistas.

For those of you maybe a little tone-deaf when it comes to music creation, fear not, as the ByteBeat Device is capable of procedurally-generating its own waveforms, offering an almost endless selection of tunes. According to the update’s official blog post, multiple ByteBetats can be linked in unison for even more layered music, and can also power other in-game items, creating lighting effects that are synced with the rhythm of the music

This feels like one of those updates where, a few weeks from now, we might start seeing some jaw-dropping videos from people who are able to harness the creativity of the ByteBeat device, illuminating the stars with complex music and light shows. Keep watching the skies.

No Man’s Sky is available now on PS4, PC and Xbox One.