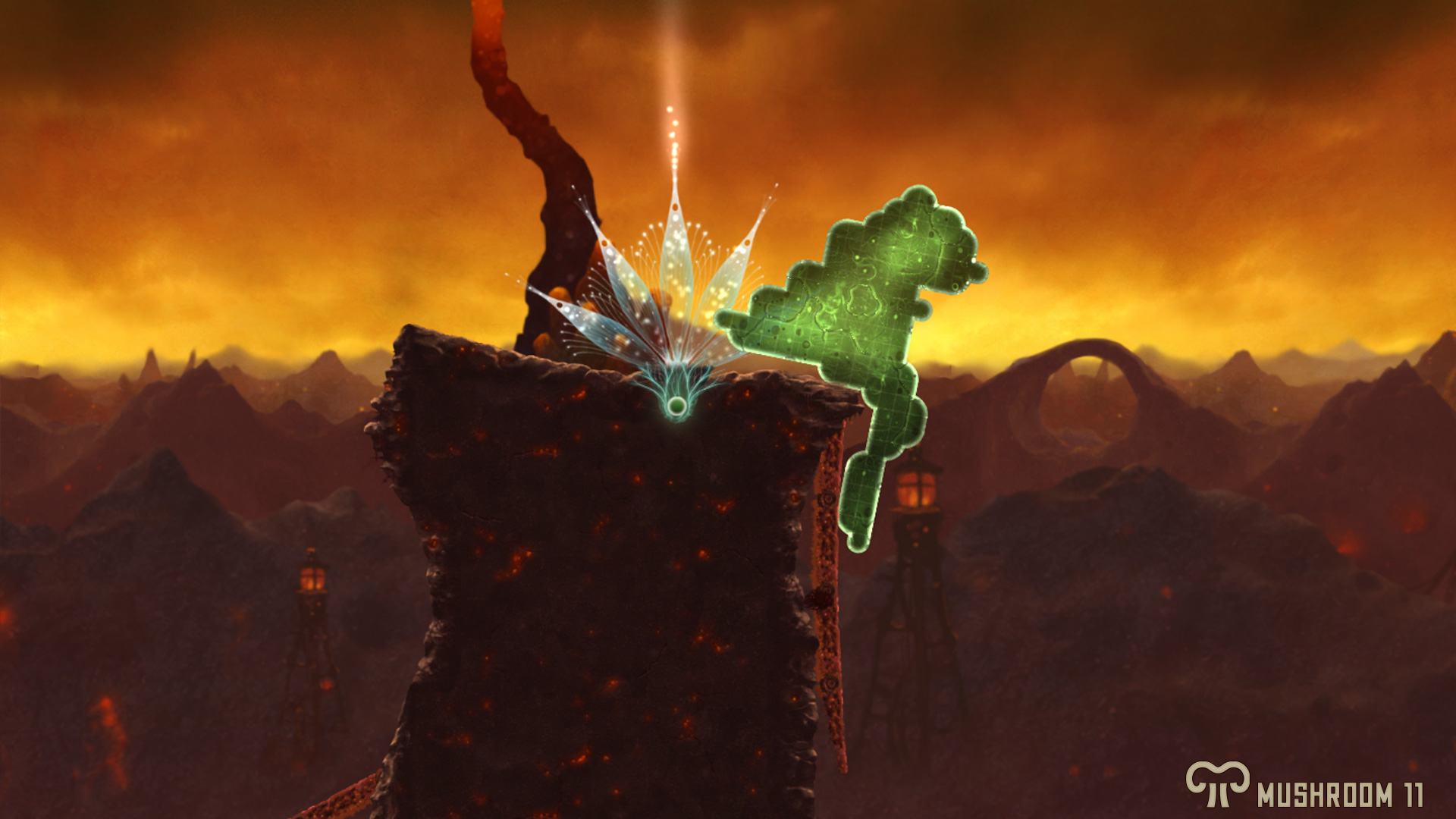 Back when I first played Mushroom 11, more than a ago at PAX East 2014, it was a cool concept. Judging by the launch trailer below (and Brett’s preview from earlier this year), Untame has really expanded on that concept, working it into a full game. It’s looking great, insofar as a fungus-infested wasteland can look great. Oh yeah, “launch trailer;” it’s done now, ready to hit PCs on October 15.

As a cute aside, October 15 is National Mushroom Day in the United States. I wonder if the timing just happened to work out with the completion of development, or if the team really had to crunch to hit that target. Either way, I’ll be celebrating by pushing a green slime mold around a post-apocalyptic landscape and admiring the weird stuff in my backyard.