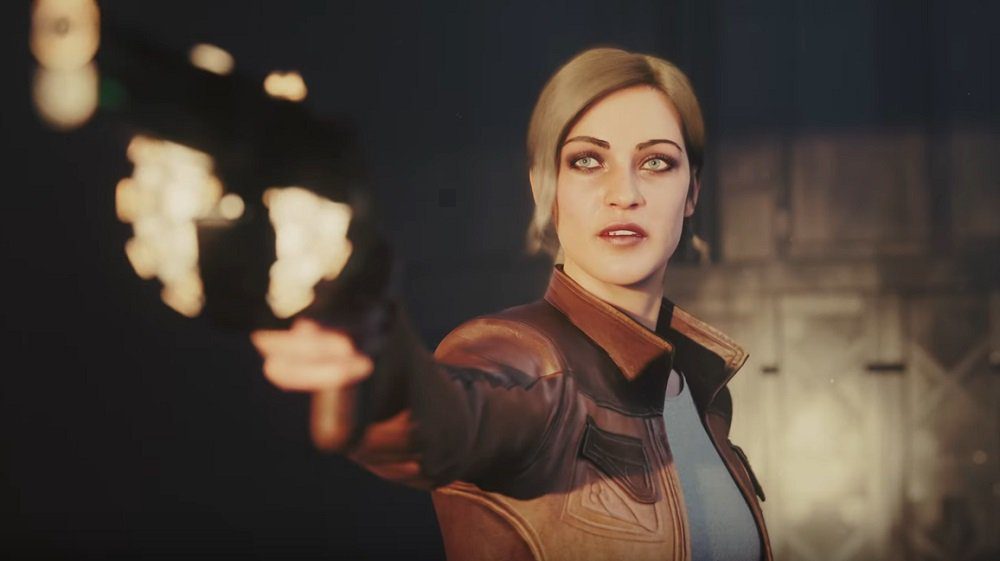 But who would kill Halcyon Helen?

Dig out your Sherlock Holmes hat and prepare to re-open your detective agency, because there’s foul play afoot in the world of The Outer Worlds. Eridanos’ most treasured celebrity, Halcyon Helen, lies dead in her office, right before her endorsement of new brand Spectrum Brown Vodka. But whodunnit? And why? WHY?

These will be among the questions you and your crew will have to answer in The Outer Worlds‘ newest DLC expansion “Murder on Eridanos.” Armed with only your wits, the sleuthing Discrepancy Amplifier, and, oh yeah, a shit load of laser guns, it will be up to you to journey through the floating islands of Eridanos and get to the bottom of Halcyon Helen’s untimely end. Just be sure that someone doesn’t end up getting sent to investigate your untimely end.

The Outer Worlds: Murder on Eridanos will launch on PS4, PC, and Xbox One March 17. A date was not announced for the Switch release, but given the delayed arrival of previous DLC Peril on Gorgon, no doubt it will make its way to the Nintendo platform in good time.