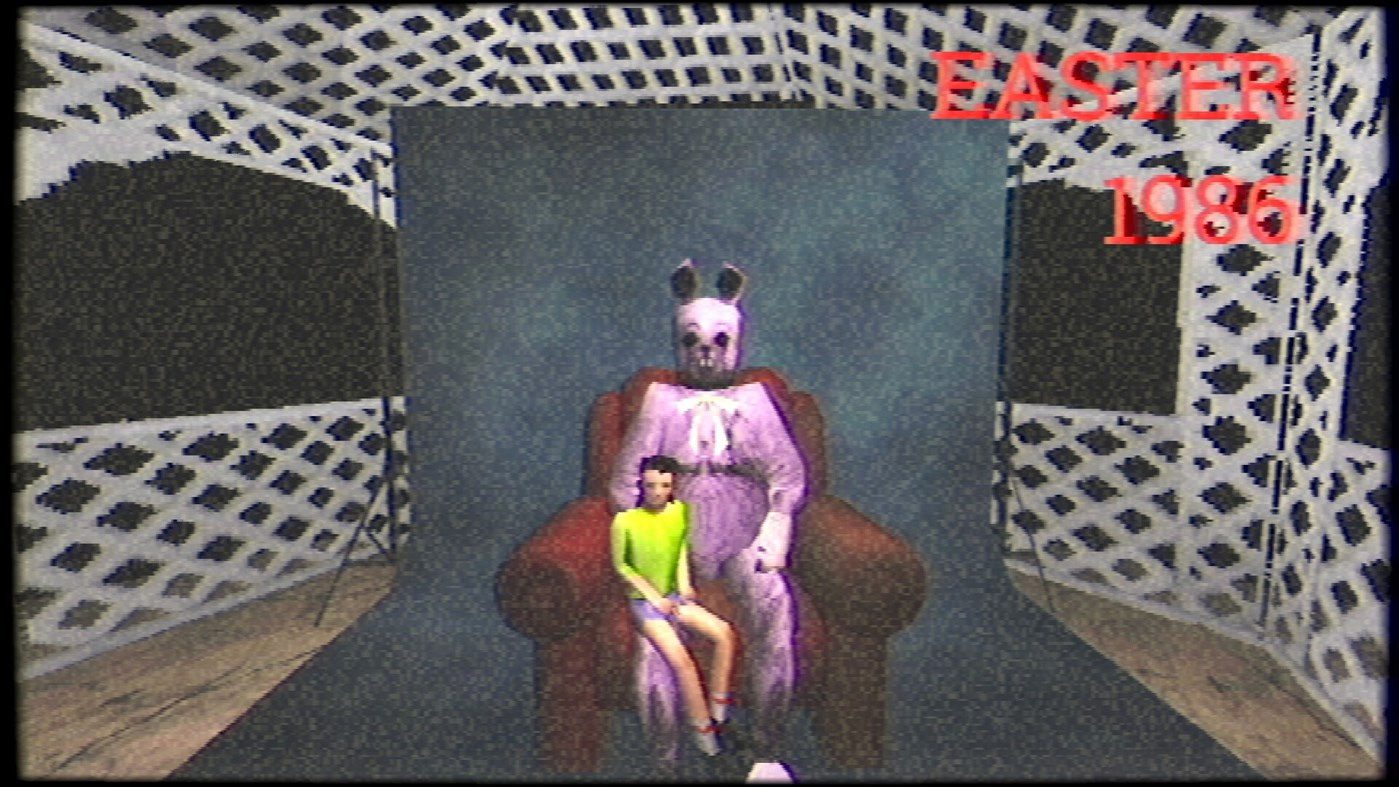 [Update: Murder House is available today across Xbox One, PS4, and even Nintendo Switch. It’s $11.99 on all platforms, but the freaky rabbit costume is priceless.]

Puppet Combo, a not-so-hidden gem of the indie horror game scene, is bringing Murder House to Xbox One and PS4, which is fantastic news, in general, and doubly great for those of us out here scrounging for new spooky games to play all month long.

A year after its PC launch on Steam, Murder House — one of those PS1-style survival horror titles you’ve been hearing so much about — is releasing on consoles soon.

Earlier this week, the game appeared on the Microsoft Store with an October 14 release date for Xbox, complete with a $11.99 pre-order option. There’s also a more transitory PlayStation Store “concept” page for the PS4 version, though it lacks final release info.

Even more surprising, Puppet Combo also hinted at a Nintendo Switch version of Murder House — eventually, if it’s feasible for the developer. That could be so lucrative.

I'll put on a pot of coffee pic.twitter.com/hlepoE3ZYB

All you really need to know about Murder House is that it stars a stalking serial killer known as the Easter Ripper. It’s the video game equivalent of a VHS slasher. A little more to latch onto: “It uses tank controls, third-person cinematic camera angles, and is meant to be played with a controller. If you have a problem playing tank control games, you will not like this game. It has no auto saves, you must save with pencils which are in limited supply.”

I’ve been meaning to get around to this game ever since I watched an Easy Allies let’s play of the 1985 Prologue (and stopped before I saw the titular house) last Halloween. That freaky rabbit costume doesn’t need any more polygons — it’s chilling as is.

Nothing (other than myself) has stopped me from playing Murder House prior to this point, so I’m stoked to finally make good on that promise. So long as it runs even remotely okay, I am in for the PS4 version. I’m thrilled about the prospect of Puppet Combo on consoles.

For more of these vibes, check out Zoey’s recent review of Bloodwash.