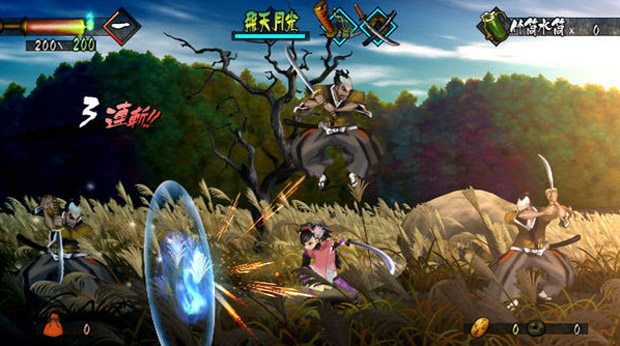 Muramasa: The Demon Blade‘s launch is right around the corner, set to go down on September 8th on the Wii. By now, you’ve probably already decided if you are going to get the title or not, so these releases and teasers and such are probably lost on you.

Nevertheless, there’s a new Muramasa trailer that they’re calling the “locales trailer.” This one shows lead characters Kisuke and Momohime running through several of the game’s environments. This gives you a peek at the range of locations that the game is set in — everything from snow-covered hills to amber waves of grain.

The water stuff is the best. I really liked how you could run through (or on?) a raging river as waterfalls crashed down in the background. Even better is a segment that shows rain, with splashes shown on the ground. Very nice.

What about you? Are you signed up to get Muramasa next month?