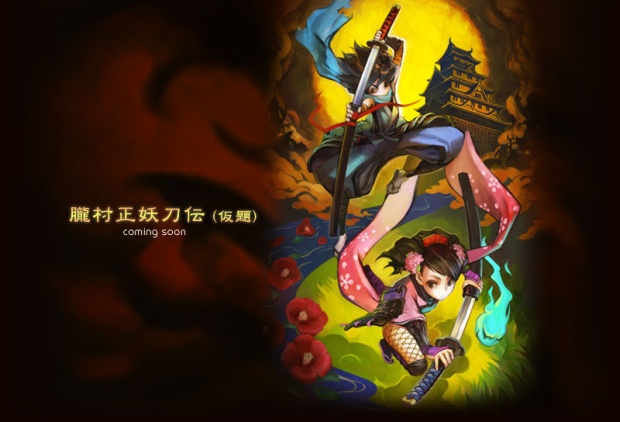 I’ve been waiting patiently for the US release of Oboro Muramasa Youtouden, known here as Muramasa: The Demon Blade. Japanese-literate friends who have imported it are already raving about it, and with XSEED handling the distribution, everything seemed more or less set to go. That is, until the company announced this morning that the deal was off. From the official statement:

XSEED Games confirms that it is no longer involved with the North American release of Muramasa: The Demon Blade. XSEED Games and Marvelous had previously announced the game as part of the initial line up between the two publishing partners. We firmly believe in the product and will look forward to seeing it release in North America. We enjoy and respect our relationship with Marvelous, and are committed to working together to deliver an amazing line up of games in the US including the highly anticipated Little King’s Story, the epic RPG Arc Rise Fantasia and Suda51’s intriguing mystery adventure Flower, Sun, Rain.

It looks like Ignition will be publishing Muramasa instead, and it comes out this September. Many Atlus fans were hoping to see the fan-favorite publisher take the helm on this one, as is reflected in this forum thread. It was a little unsettling to hear at first, but the news could be much, much worse — the game’s US release could be cancelled, for example. Does XSEED pulling out of the project have any influence on your decision to buy Muramasa, or will you get it no matter who’s responsible for its distribution?

Glendale, CA – April 21, 2009 – Ignition Entertainment Ltd., a UTV Enterprise, a worldwide publisher and developer of videogames, in conjunction with Marvelous Entertainment and Vanillaware, today announced the September 2009 U.S. release of the much-anticipated video game, Muramasa: The Demon Blade, exclusively for the Nintendo Wii.

Developed by Vanillaware, the creative team behind the critically acclaimed game Odin Sphere, Muramasa: The Demon Blade is a unique, highly stylized action adventure that showcases a striking visual look and a colorful cast of more than 100 characters.   Hailed by Kotaku as “this year’s prettiest, most enticing Wii game,” and by IGN as “the most visually stunning game I’ve ever seen on the Wii,” Muramasa: The Demon Blade features eye-popping hand-drawn 2D art that reflects the heritage and tone of its ancient Japanese storyline. Set in the little-known feudal Genroku era, players are invited to take on the role of a male ninja or female kunoichi, utilizing their prowess to traverse the perilous yet picturesque levels.

“We continue to maintain our strong commitment to bring quality games to the marketplace,” said Ajay Chadha, President of Ignition Entertainment. “We feel deeply honored for the opportunity to bring Vanillaware’s magnificent masterpiece Muramasa: The Demon Blade to gamers stateside.”

“We developed Muramasa: The Demon Blade in the same way as we did Odin Sphere, so there are bound to be a lot of similarities.   I want it to be a very fun game for everyone who picks it up,” said George Kamitani, game director and Vanillaware President.

• Optional challenge stages and mini-games throughout

• Story elements and cut scenes are well integrated and not obtrusive.

Ignition Entertainment Limited is a UTV Media Communication company. Ignition was created by a core team of gaming industry veterans with the purpose of building upon their successful track record to develop and publish within the international games industry. You can find more information about Ignition Entertainment Ltd. At www.ignitionusa.com

UTV Software Communications Ltd. is India’s foremost Media & Entertainment Company with leadership position in four Verticals that includes Motion Pictures, Broadcasting, TV Content and Interactive (i.e. Animation and Gaming). Listed on the Mumbai Stock Exchange with the Motion Pictures business listed on the AIM, London Stock Exchange. Walt Disney Inc. holds a strategic stake in UTV. It has subsidiaries with offices across India, the UK and USA. More information on the group is available at www.utvnet.com