I’ve shed no small amount of drool over Muramasa: The Demon Blade, and it was one of the games I most wanted to see at E3 this week. Anthony and Ashley spent some hands on time with the game in their chat log post, but after I talked to Ignition about the title a bit I settled down for a full playthrough of the demo for myself, interested to see if it would live up to my expectations.

Considering what a stunning looking game Muramasa is, it takes a few minutes to actually push yourself out of that state of awe and into the mindset where you can actually take a good look at the gameplay. About halfway through the demo, I stopped drooling and started to actually pay attention. Was I still havng fun, even though I had adjusted to the sensory overload? Why yes, yes I was. Follow me past the jump and I’ll tell you a bit more.

Well, as you can easily see if you haven’t been blinded in some natural disaster, Muramasa is really pretty. Not like girl next door pretty … more like, you stare, drop your drink and make a fool of yourself pretty. That’s ok — after all, we could use more Wii games that are as devastatingly lovely as this (Fragile, ahem). On the other hand, we’ve all played a beautiful game at one time or another that was total dogsh*t as far as gameplay, and what I was hoping for from Muramasa was something equally as fun to play as it was gorgeous. 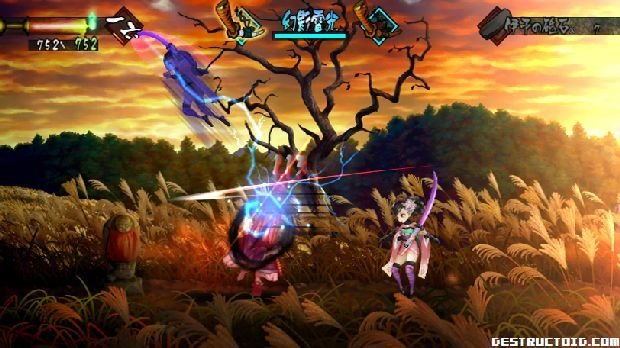 From the first moment you get your hands on the game, if you’ve played Odin’s Sphere, you’re going to feel like you’re playing the sister equivalent of that game. Muramasa feels as if it will be a bit easier than Odin’s Sphere was, but considering that this is a short demo, it’s hard to say for sure. One thing I noticed quickly is that my character (I chose to play female, but you can play as a male too) moves very quickly, and it’s fun just to haul ass. You can dash through the levels and miss a lot if you choose to, or you can take your time and find everything they have to offer.

Wii controls are what you’d hope for — some movement is required, but there’s no overt waggling or ridiculous excuses to make you leap around the room to play. I’m no fan of the Wiimote and nunchuk combo, but after a few minutes I forgot I was even playing with them. The music and atmosphere absorbed me quickly, and I was slashing my way through levels with a dumb grin on my face.

Another thing I noticed is that Muramasa seemed to have slightly less emphasis on fighting than Odin’s Sphere, favoring more of a balance between talking to people, searching for objects (I jumped through the trees a lot) and combat. I liked this balance immediately. You also quickly find out that your swords can break, but luckily in the demo you happen to have quite a few on hand, so who knows if later down the line you’ll have to be careful about what swords you use. 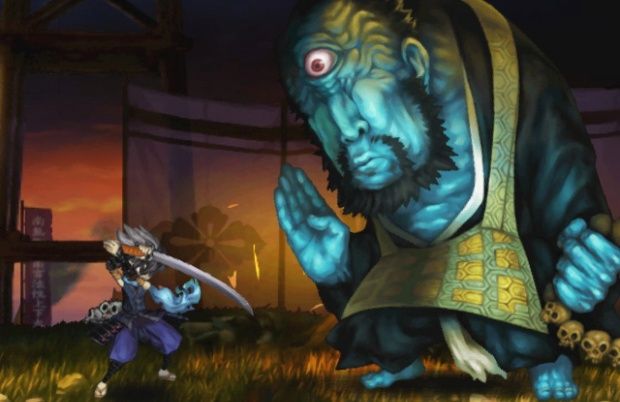 Finally, it was boss time. Fighting this guy consisted of jumping over him and slashing, a few special attacks, and changing my blade every minute or so because I kept breaking it on his thick skull. I have to say this is the only part of the demo I was slightly disappointed with. It didn’t feel dynamic in the way I expected it should. What I mean by that exactly, I’m not sure … did I wish the boss had a more varied pattern? It was kind of weird to have him just stand there. On the other hand, it’s an early boss, so I’m not sure I can judge the entire game on this. After all, many a retro game boss was defeated just by slashing with a sword, and we never bitched about that.

What I took away from the demo was that I was still interested in the game and not willing to judge it on the one boss fight that felt a little off. The gameplay leading up to that point was a lot of fun. There’s no way to really know until it comes out later this year, but I’d say Muramasa still holds enough of my interest to warrant a purchase.