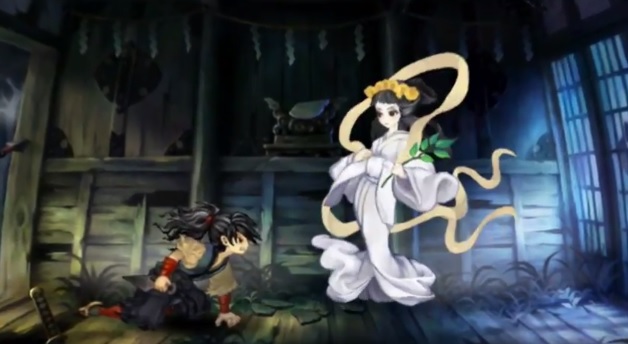 ?The Tale of the Seven Night Ghostly Curse?

The first two DLC packs for Muramasa Rebirth were released rapid-fire, and it’s been a while since the last iteration. In Japan next week pack three of four will drop, which will once again play separately from the two main campaigns.

The story will involve a ninja who has destroyed a holy mirror, and attempts to escape a curse that lasts seven nights — interesting premise!