Hoping to breathe new life into an underrated gem

God damn this game is pretty.

Vanillaware’s 2009 Wii title Muramasa: The Demon Blade inevitably pops up in just about any discussion of the best Wii games. It’s sitting on my shelf, snug in its shrink wrap, because I simply don’t play my Wii enough. I’m a terrible person.

This egregious affront is soon to be rectified in the best of ways, however, as Aksys is brining Muramasa: Rebirth to Vitas stateside.The art was already gorgeous, but this hand drawn mastery being completely redone in HD for the Vita on the console’s ridiculously pretty screen is a sight to behold. Add in a new localization effort, a dedicated jump button, and DLC featuring four entirely new characters. The game comes out this week in Japan, but I’ve played the incoming English (summer 2013) build. It almost makes it okay I waited this long. 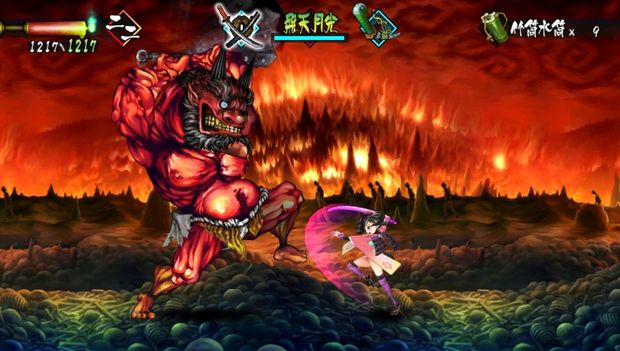 This is one of the prettiest games I’ve ever seen. Like, look at these screenshots, and then imagine something infinitely better, thanks to meticulous animation and other visual flourishes. The copper haze of a setting sun, pink cherry blossom leaves fluttering on the wind. Man, I’m as much of a sucker for cherry blossoms as I am for rain-slick neon signage. It’s the best foliage. The Japanese mythology inspired aesthetic is such a treat.

For the similarly uninitiated, Muramasa stars two protagonists, an amnesiac ninja being hunted by his own alleged former friends, Kisuke; and a princess, Momohime, whose body has been possessed by an evil spirit. The two characters are making their ways in opposite directions (east to west, west to east), all the while trying to collect all 108 Demon Blades.

Collecting Demon Blades is an important part of the game. Either character can have three equipped at any given time and each carries its own special move. The blades wear down with use — particularly when deflecting attacks or using special moves — and will eventually “break,” requiring it to be sheathed and you to switch to a different blade. After a while in the sheath, broken blades will repair, incidentally sapping your soul in the process. They are demon blades, after all. 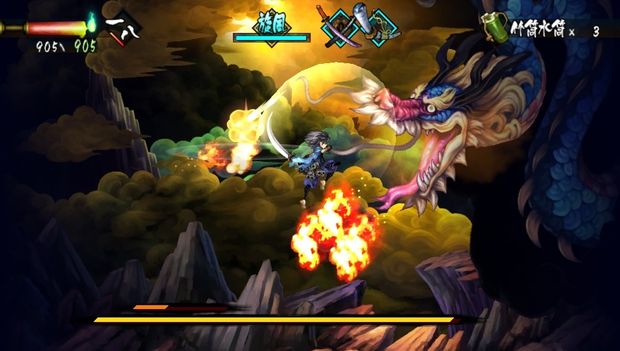 There are two types of blades, quicker ones and slower long blades, which also help differentiate the 108 amongst each other beyond their special moves, which get decidedly complex for the better swords. In addition to finding blades throughout the game, they can be forged from enough souls and other items, from the start menu.

The environment is littered with other items, including cooking supplies. With the purchase of cookbooks, you can do into certain locations and order food, actually pressing square to take bites or dip individual sushi rolls in soy sauce before scarfing down. It’s kind of amazing. The cook in me dug it.

You can also go to hot springs patronized by monkeys and chill with them to replenish your health. Best game.

I tried out both characters in a couple of separate, early boss fights, and I dig the combat a lot. The jump button is now mapped to “x,” versus the Wii version that employed a fighting game styled “press up to jump,” and it works well. The boss fights are lengthy varied, and multi-tiered — switching betwixt blades and using different specials in conjunction with combos helps to that end, too. There also two gameplay modes, one of which is suited to a more hack and slash, level up style, and the other of which calls more precise swordplay. 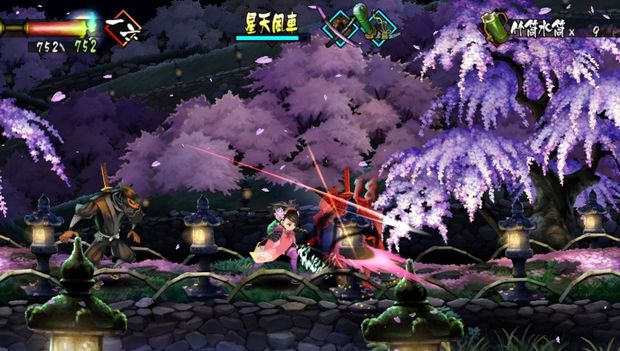 Other environments are strung together 2D exploration, with a sort of overworld hub linking various locations in the game. Rather than have enemies bandying about, the game uses something like a random encounter mechanism, in which you’ll be attacked by a group of enemies, have a quick brawl, and keep on keeping on.

Otherwise, the there is a lot of exploration off of the beaten path available as you collect money or items or find out of the way locations to talk to various NPCs, all of whom feel interesting and worth talking to due to the incredibly original art style.

If you haven’t played Muramasa yet, Muramasa: Rebirth is a welcomed point of entry. Even if you’ve played it, you might want to check out the fresh localization and banging visuals, as well as the additional, post-launch content. It’s a perfect game for handhelds.