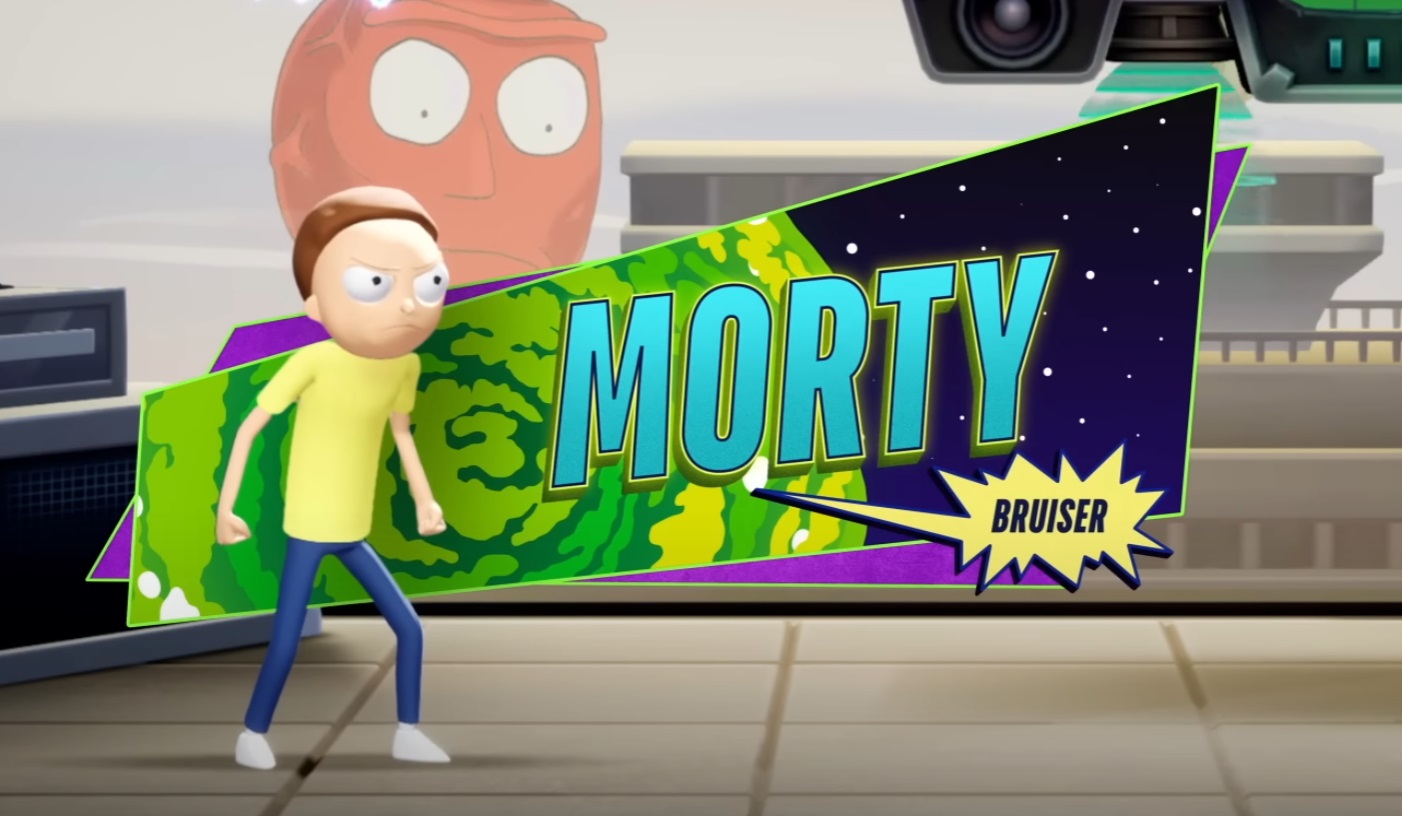 The grandson of mad scientist Rick, Morty has found himself thrust throughout time and space, again and again, facing down perilous situations and entertaining your loud friend Mike at the office. With access to almost infinite regions of dimension, Morty’s weak teenage frame will be emboldened in battle thanks to a wide variety of reality-shifting attacks and specials, which may or may not reflect the hilarious events of the long-running animated series. Because I’m guessing, to be perfectly honest.

A Bruiser class character, Morty is a button-slapping brawler, joining the MultiVersus roster of heavy-hitters including Garnet, Batman, Shaggy, and Taz. Morty’s evolved appendage “Armothy” can be used to knock his opponents seven ways from Sunday in standard attacks, while his trademark all-purpose alien device, Plumbus, is utilized in specials. For long-distance warfare, Morty has access to snake-based projectiles, as well as a Passive which allows him to throw grenades at his enemies or plant them around the battleground for proximity damage. Just like in that famous episode maybe I don’t know I’m 41.

Morty Smith is available to purchase in-game now, priced at 3,000 Gold, 700 Gleamium, or 1 Character Ticket. Morty will be followed later in season one by additional DLC characters. These will include Morty’s grandfather Rick Sanchez, DC Comics’ anti-hero Black Adam, and Gremlins‘ malevolent Stripe.

MultiVersus is available in open beta on PlayStation, PC, and Xbox platforms.