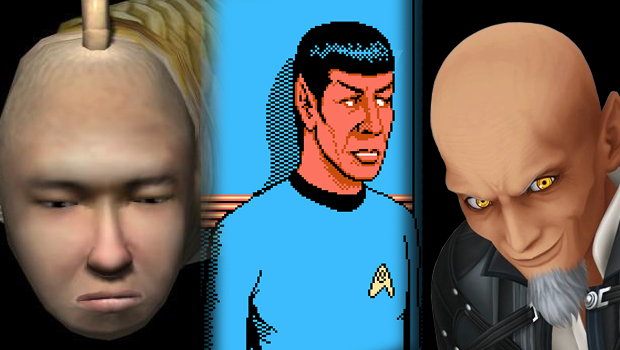 Videogames aren’t the first thing that most people associate with actor/writer/director Leonard Nimoy, but he made his mark on the medium over the years, providing narration for such classics as Civilization IV and Seaman and performing in the Kingdom Hearts series as villain Xehanort.

This is all in addition to his work on multiple Star Trek games, most often in the role of Mr. Spock, the iconic character he helped create in 1966. Nimoy played the Vulcan in games, television, animation, and feature films for over 40 years.

While many actors might resent being so closely associated with a specific character, Nimoy appeared to embrace it. Although we can’t choose what others will appreciate us for, we can choose to appreciate that others see fit to give us their attention, regardless if it’s for directing a movie, telling our life’s story, or playing a pointy-eared alien on television.

A life long fan of sci-fi and fantasy, Nimoy also voiced Galvatron in Transformers: The Movie and helped create the short-lived comic book series Primortals, which ran from 1995 until 1997. As much as I love the man’s acting, Nimoy’s surprise turn as a pop singer with this bubbly tune about Bilbo Baggins might be the thing that endears him to me the most.

A self-aware, intelligent, thoughtful, and compassionate voice for geek culture, Leonard Nimoy will be missed by his friends, family, and millions of fans across the world.