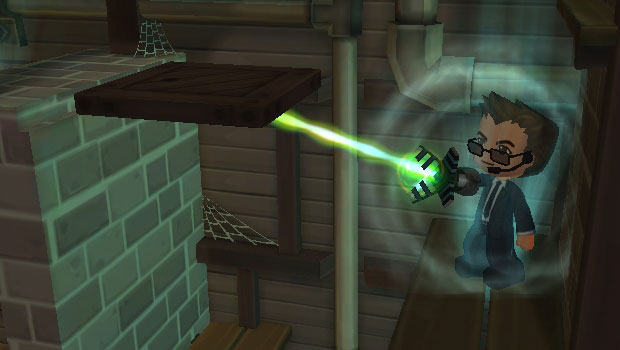 What can’t these MySims do? Despite their small size, they’ve run kingdoms, know how to party, and have got their stuff together behind the wheel of a go-kart. Now it’s been revealed that they’re also secret agents, making them the most well-rounded characters in gaming.

Electronic Arts has announced MySims Agents for the Wii and Nintendo DS, set to hit stores later this year. Both versions have the Sims solving mysteries in an adventure to stop nasty evil-doers. Each has its own storyline, so you’ll want to buy both, of course. In the DS version, the MySims help the mayor stop a crook from stealing an ancient and coveted treasure. The Wii versions finds the Sims trying to foil the plans of some dude named Morcubus, “lord of the criminal underworld.”

Obviously, the Wii version is better since it features a character that is called Morcubus. If you can think of a better name, by all means, enlighten us. Because we simply cannot.