MSI Computer Corp has unveiled the GS70, the world’s thinnest and lightest 17-inch gaming laptop at just .85 inches! It features a fourth generation Intel Core i7 processor, NVIDIA GeForce GTX 765M, and features a 1TB or 750GB HDD depending on the configuration you want to get.

All in all, it weighs 5.73 pounds, and gives the Razer Blade Pro a run for its money. Still, the Razer Blade (14-inch) is the true thinnest laptop in general, but the GS70 is now the thinnest 17-inch model laptop. Plus MSI’s most expensive configuration is cheaper than Razer’s 17-inch, while the cheaper version comes in at the same price as Razer’s 14-inch. Nice. 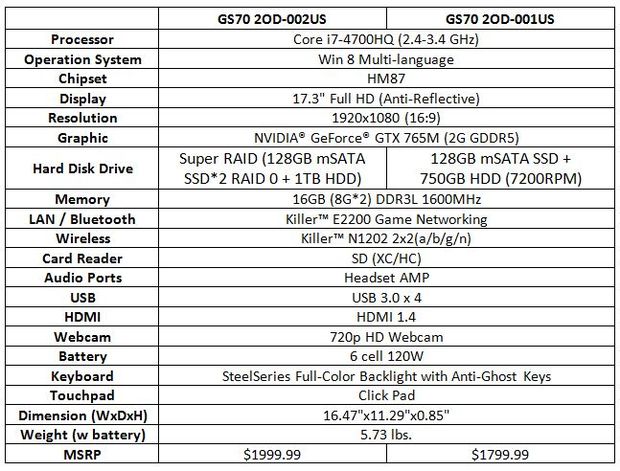