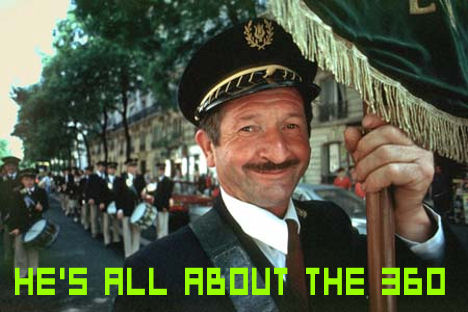 A while back, Sony was triumphantly announcing that it had toppled the Xbox 360 in Europe with strong PS3 sales, but Microsoft has fired back and told analysts they need to check their numbers, because the 360 is still kicking the PS3’s arse.

“Anyone trying to call a winner this Christmas is calling too early,” warned David Gosen, MS’ European VP of strategic marketing for interactive entertainment. “We are incredibly well positioned – our installed base in Europe is well over five million and contrary to what’s been reported we are at least, if not more than, three quarters of a million ahead of PS3.”

“If we look at the momentum in the business in the last few months, the trajectory has changed significantly. My only message to the analysts is to check their numbers.”

So, the Xbox 360 is ahead, but it’s still a close race. With Nintendo operating in an entirely different league table now, the fight between Sony and Microsoft has been bitter indeed, and it should be a close run affair leading into Christmas. Now if only Microsoft would stop foolishly concentrating on Japan and give some focus toward a market that is actually buying 360s …