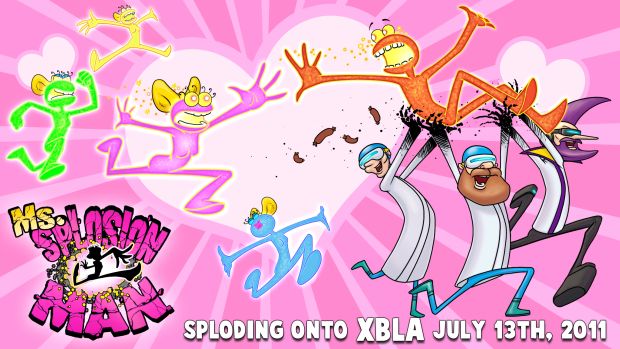 Twisted Pixel’s Ms. Splosion Man is sploding onto Xbox Live Arcade July 13. The sequel to ‘Splosion Man will see a ton of new improvements, new environments, 100 levels for single and multiplayer fun, shoes, crazy boss battles and even behind-the-scenes look at how the game was created.

So yeah, all the normal sh*t you would expect in a good sequel will be in the package. I got some hands-on with Ms. Splosion Man back at E3 and loved every second of the game. For you San Diego Comic-Con attendees, be sure to stop by the Ms. Splosion Man booth as the game will be playable. Twisted Pixel’s CEO, Michael Wilford will also be offering piggyback rides to fans at SDCC!