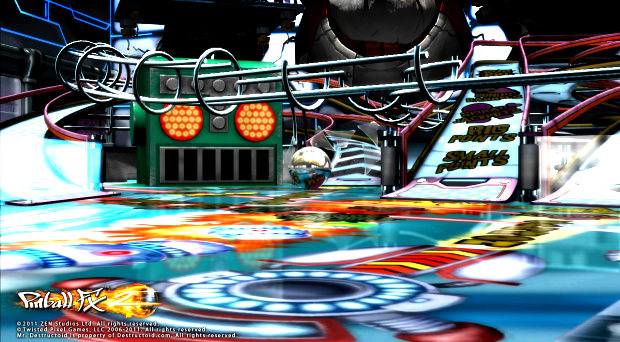 The table also sees Mr. Destructoid staring right into your cursed soul. It’s awesome. The eyes light up and Destructoid’s mouth even opens up. You can catch a glimpse of all the action in the debut trailer.

BONUS! The new Ms. Splosion Man pinball table will be playable at PAX this weekend! Just head over to the Microsoft booth to get hands on with the game.