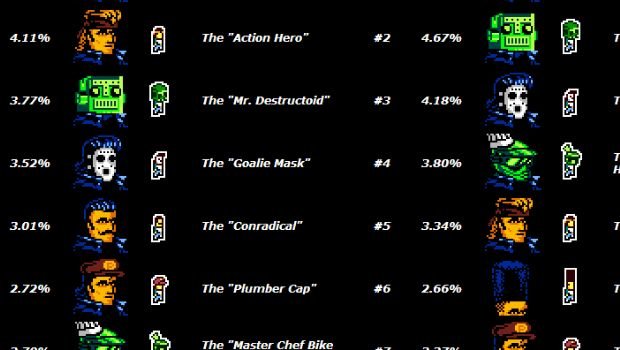 Oh, and that Jim Sterling guy is pretty neat, too

According to Retro City Rampage‘s top fifty character styles, people love rocking that robot look. Mr. Destructoid is the second most popular character portrait on PS3/PS Vita, and the third most popular on PC!

In order to unlock the Mr. D character style, you must travel to MJ’s Face R Us in the Northwestern sector of the map, and select the coupon code rather than pony up cash for a new look. Enter the code, “DTOID,” and you can get your own robot face! You’ll also get access to a bunch of other Destructoid personnel, including Jonathan Holmes, Conrad Zimmerman, and that Hamza guy.

Oh, you can also unlock me, which is cool, because I made it into the top fifty styles on PC. I’m down there are number 43! Hey, it’s better than nothing.

I heard that there Retro City Rampage was a pretty good game.