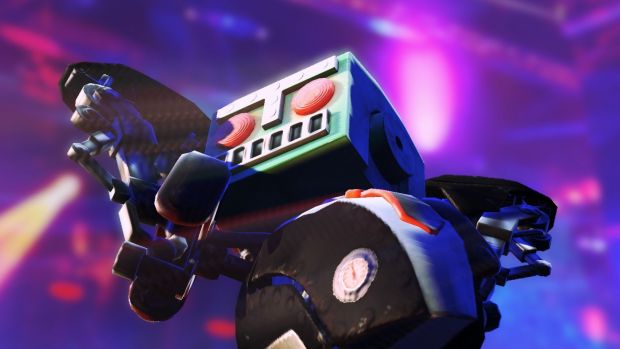 That’s right, kids. Mr. Destructoid has arrived in Super Monday Night Combat! We’ve teamed up with the bacon-loving maniacs at Uber Entertainment to give the game a sexplosion the only way Destructoid can.

Once you’ve received your code, launch Super Monday Night Combat, click on the Store link, and then click “Redeem a Code!” It’ll unlock the outfit with mix-and-match parts for both Hotshots and Icemen team variants. And in case you completely missed it, Super Monday Night Combat is a free-to-play game. Meaning you can download it right now and play for free!

Be sure to join us on Destructoid.TV tonight — King Foom and the crew will be rampaging through Super MNC as Mr. Destructoid on Mash Tactics starting at 4 PM PDT. We’ll be playing against the developers, and Executive Producer Chandana Ekanayake and Lead Designer John Comes will be on the show live, chatting with everyone!