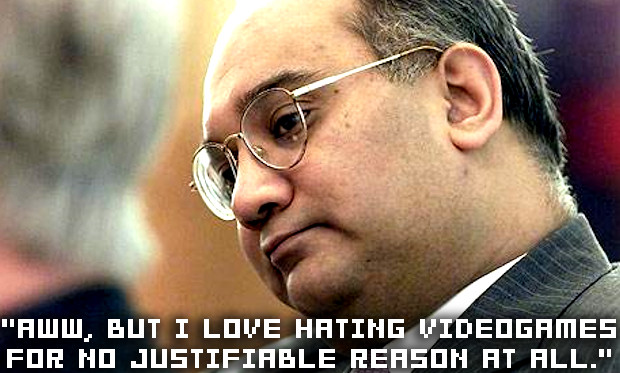 Shadow Culture Secretary Ed Vaizey is one of the few politicians in Britain who actually understands and appreciates the good that videogames do, and has been a supporter of the industry for a long time. While registering for the London Games Conference, Vaizey spoke highly of games and criticized his fellow politicians for focusing entirely too much on the violence issue.

“I’m delighted to be speaking to the London Games Conference. The games sector is one of the most successful creative industries in the UK, but it has been forgotten by Government,” Vaizey claims. “While Canada and France aggressively compete to attract talent, all our politicians can talk about is video games violence.

“Yet games should be a dream for a politician — it recruits people qualified in difficult subjects, like maths and computer science; it’s regional; and it’s successful and world-beating. Government backing should be a no-brainer.”

I can’t disagree with anything he’s said. The British government benefits tremendously from the impact videogames have had on the economy, and I think it’s disgusting that politicians demonize the industry while at the same time making money from it. It’s small wonder that the UK games industry has fallen so far. Politicians in general need to stop focusing on meaningless pet peeves and worry about what they can do to help industries thrive.