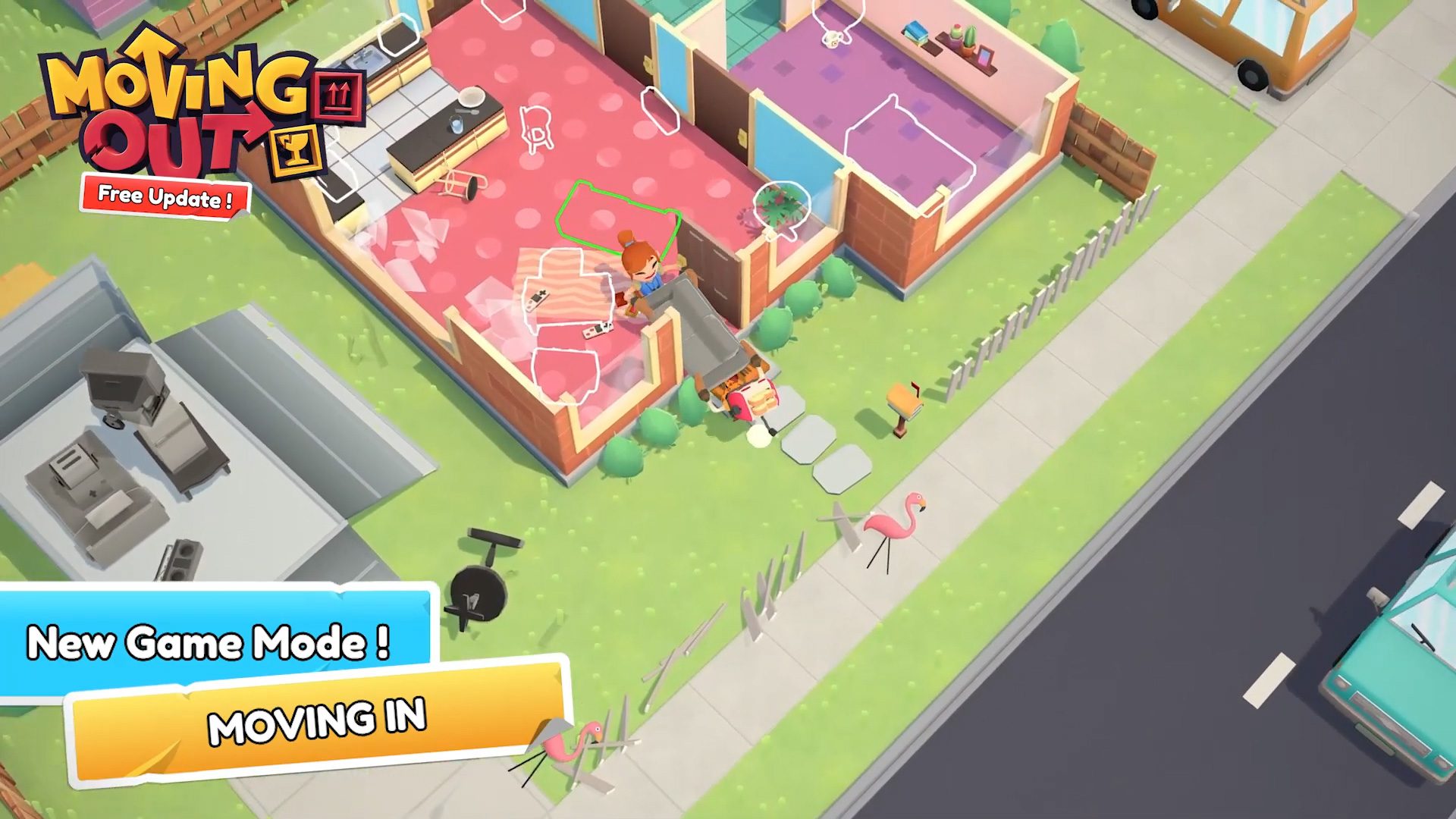 Coming soon to Nintendo Switch, PS4, PC, and Xbox One

Moving Out has slipped into the overlooked recesses of my Switch library, but the Moving In update – coming soon to PC and consoles – will likely bump the co-op game to the front of my home screen.

Up until now, Moving Out has been about haphazardly clearing out rooms and throwing people’s stuff onto a moving truck by any means necessary. With this update, a dozen of the original levels will be playable in reverse. In other words, you’ll need to carefully carry items to their rightful resting place.

SMG Studio is also adding an assist feature to “auto snap” items as needed and some more shirts. Personally, I’d put Moving Out a few notches below Overcooked, but there’s fun to be had with friends.