No word on crust of bread, sip of water

Just yesterday, new subscribers to the MoviePass service were only able to see four movies at the rate of $9.95 a month. That’s a far cry from the one a day the service was made famous for. For the mathletes out there, assuming a 31-day month, that’s nearly an 87% drop in the number of movies you could see in the same time period for the same price. Obviously, people began to shit all over MoviePass, and rightly so, as they’d basically just declared “shit on us.” But now, because they can change their mind on a day to day basis, as all real businesses do, MoviePass is now a movie a day for the same great price ($9.95/mo.), again.

The recent change in plan benefits came hot off the heels of news that MoviePass was beta testing requiring subscribers to scan their movie ticket stubs each time they saw a movie, that or risk not being able to see another, or membership cancelation for repeat offenders. MoviePass said the “process is really simple and [that they] don’t believe this extra step should impact [user] experience.” In that same email, they then threatened that people who didn’t follow the simple new experience might face the “irreversible termination of [their] subscription.” Really quite simple. 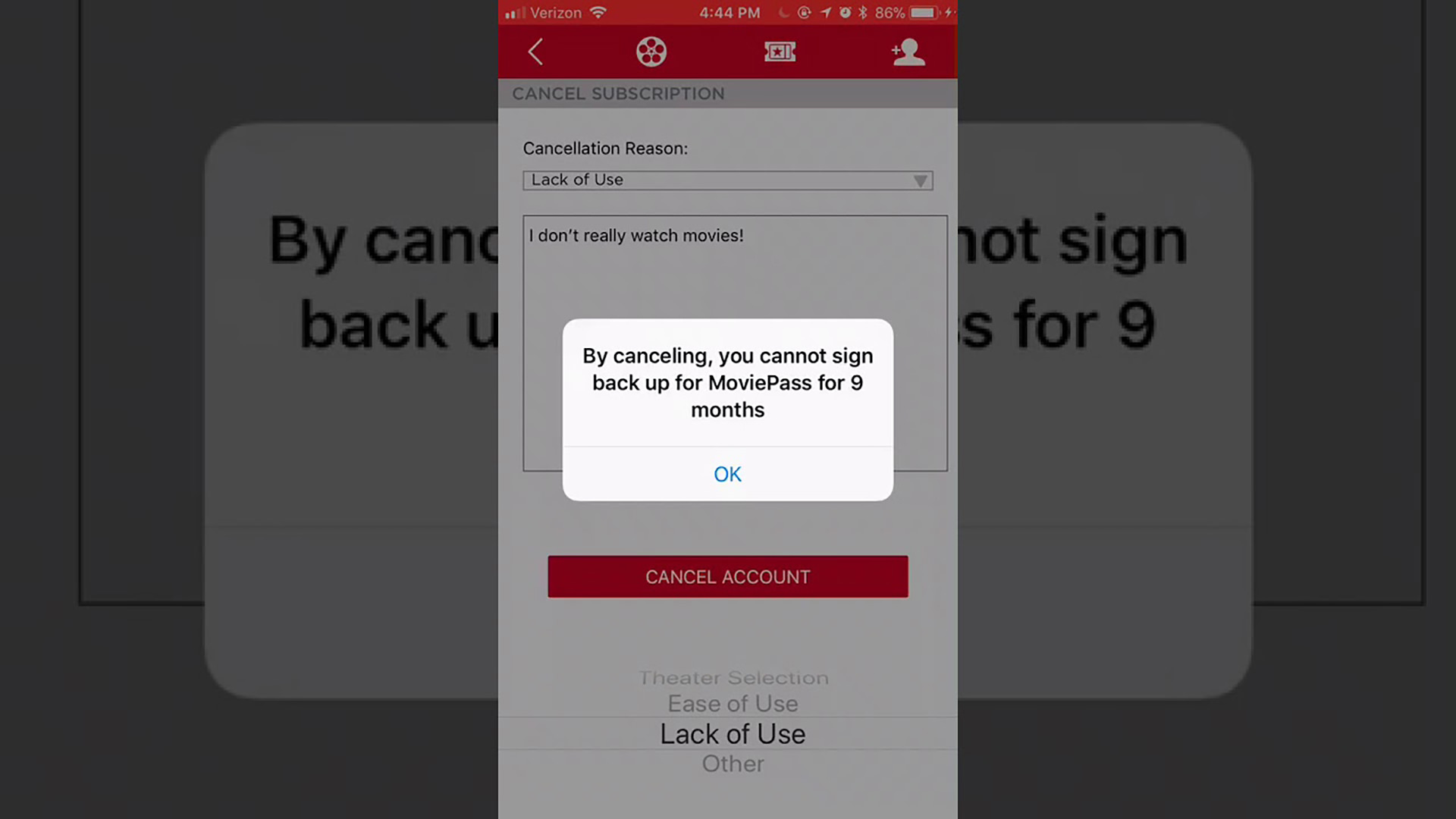 Let’s not forget that MoviePass first created the $9.95/mo. plan on August 17, 2017, not even nine months ago! Their membership numbers soared, passing two million, and then their CEO, and public relations specialist, Mitch Lowe, started bragging to anyone who’d listen that not only was MoviePass using member cell phones to track their GPS activity, including driving habits, but they were selling member data at bargain rates. *Paging Cambridge Analytica, paging Cambridge Analytica*

Six weeks later, on April 17, Lowe walked those comments back, blaming the bragging on a binger. You know how it is guys, you lose track, have a few too many, throw up on your mom’s couch, and brag about how big your user metrics are (*fucking huge–huge enough to make someone pay for the pleasure to see!*).

In the intervening two weeks, the plan changes happened and then un-happened in quick succession.

But in this no-news, fake news era of saying anything you please, maybe the old adage of any press is good press will hold true for MoviePass. In the meantime, I plan to see as many movies as my schedule allows, with my purportedly grand-fathered in MoviePass plan ($9.95/mo.).