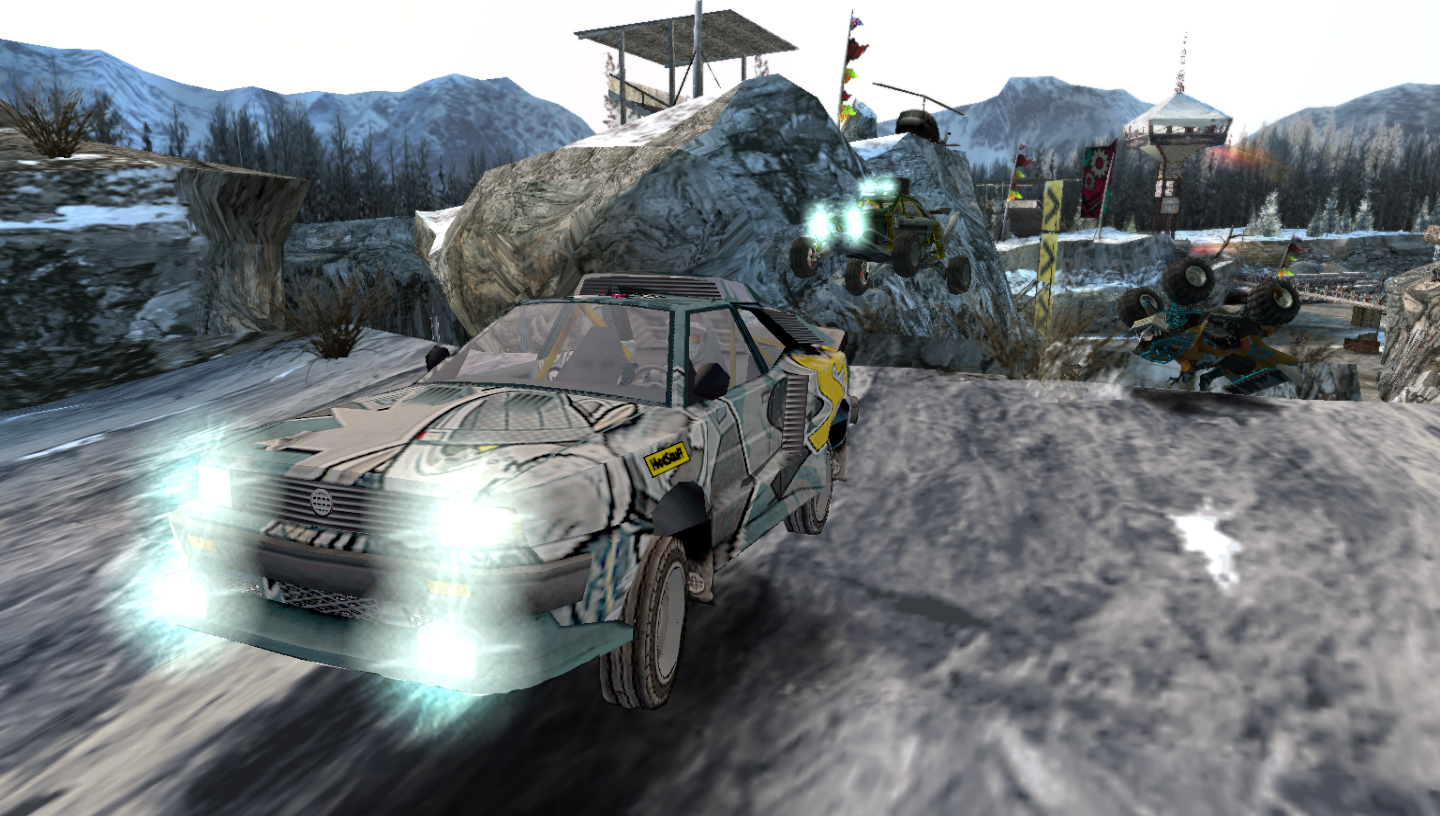 I’m running out of terms that could even loosely translate to “screenshots” by this point.

Thankfully, we’re nearing the end of what Sony had in store for us from their Gamer’s Day event. I have to say, Motorstorm Arctic Edge looks damn good for being on the PSP. The models for the vehicles in particular look fantastic. I played the game very briefly while at the event and it feels like a good translation of its console brother. Responsive, attractive, fast, pretty much everything you would expect from a racing title.

If you’re big into that sort of thing, have a look at some more of the screenshots in the gallery below. If you’re not, hell, I don’t know, go look at one of the countless other images that have been posted today. Jeez.