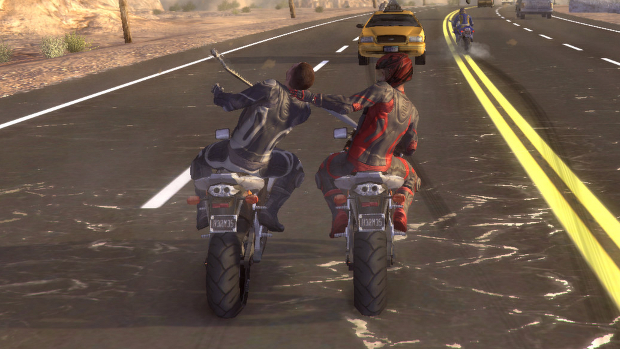 Attach a grappling hook to a helicopter just because you can

It has been a little over a year since the Road Redemption Kickstarter campaign launched, and to nobody’s surprise, it has slightly missed its projected August 2014 launch window, but it is not too far behind yet. The Road Rash-inspired motorcycle adventure is now up on Steam Early Access.

The video above shows that there is a lot more to the idea than simply updating the hit-someone-with-a-chain-while-you-ride-a-motorcycle gameplay of Road Rash. We also see some interesting stuff like projectile weapons, rooftop races, a grappling hook, and a surprisingly complex skill tree.