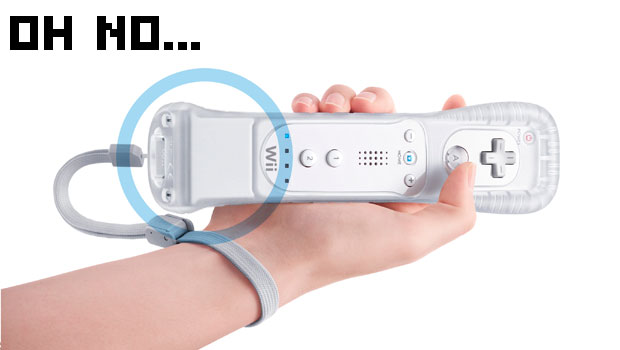 We recently got the good news from Nintendo that they’d be shipping their Wii MotionPlus Wii Remote add-on to retail on June 8. While my general thinking is that this should have been included as part of Wii Remote functionality since day one, I’ll take what we can get, and will admit I can’t wait to take advantage of the possibilities in the future.

The keyword here is “future,” as Nintendo has come forth and squashed any theories that older titles — particularly Wii Sports — would be update or “patched” to take advantage of the new functionality. That’s simply not Nintendo’s style, as the company has come out and told GameDaily that “The Wii MotionPlus accessory is only for games that are designed to make use of its abilities.”

Fair enough. But this next bit, I can’t get down with. According to official product and package shots of the Wii MotionPlus (via GoNintendo), it appears the damned thing is physically attached to one of those full-body Wii Remote rubber sleeves. You know, those obnoxious free pieces of rubber Nintendo started including with all remotes because apparently the strap wasn’t enough to keep people from smashing their televisions? Yup. It looks like you’ll be forced to use it when you pick up the Wii MotionPlus.

Maybe it’s silly, but I hate that sleeve with a passion. I don’t like the way it feels in my hand, I don’t like the way it makes the Wii Remote look. In fact, I threw mine out when my son refused to not slip them on when I wasn’t looking. That’s how much I hate these things; I threw four of them in the trash. I can’t be alone in my disdain for these controller condoms, right?

Regardless, I’ll still buy the peripheral… just not from GameStop. The retailer is charging $24.99 for the accessory, announced by Nintendo with an MSRP of $19.99. No thanks, GameStop.